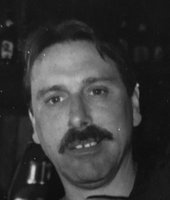 Aaron Robert Luke Stevens, 60, died unexpectedly June 9, 2020 at his home in Bangor. He was born in Old Town, the son of Daniel J. and Mary D. (Weymouth) Stevens. Aaron was a 1978 graduate of Brewer High School but most of his education was received in Lubec, ME. He most recently worked as a carpenter with Ron Bragg Carpentry and Construction. Aaron was an avid reader. He enjoyed fishing, hunting and playing golf. He was a sports enthusiast and especially liked watching the Boston Bruins and Red Sox. Surviving are his two children, Ian Campbell of Lubec and Alisha Mundy and her husband, Dustin of North Carolina; two grandchildren, Raylan and Quinn Mundy, both of No. Carolina; seven brothers and sisters, Carrie Stevens of Quincy, MA, Mark and Norma Stevens of Orrington, Jeffrey and Wanda Sheehan of Whiting, Mary and Alvin Newman of Campobello, NB, Joel and Richice Stevens of Burnham, Margaret Stevens of Ithaca, NY and Julia Stevens of Ithaca ,NY; and many nieces and nephews. He was predeceased by his parents and by his fiancée, Teri Hodges in March of 2019. He will be remembered by Teri’s son, Josh Hodges of Bangor. A private family service will be held.