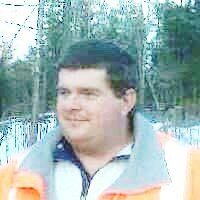 Michael graduated from Brewer High School. He previously worked for Hermon Public Works, was a volunteer fire fighter, volunteered at Hermon Ambulance, and spent time as a Scout leader. Over the years he resided in the Brewer, Bangor and Hermon area. He enjoyed helping others, barbecuing, campfires and spending time outdoors.  He found a new love, fly fishing, when he won a BDN contest and went on a fly fishing/drift boat trip in 2018 and had a wonderful time.

He was predeceased by father, Mike Sr. and step-father, Almer Chambers, Jr.  He is survived by and will be greatly missed by sons Kendrick of Bangor, Derek of Bangor, Keegan of Bangor and their mother Dora McCarthy of Brewer; mother Grace "Ellie" of Brewer; brothers Jim Doherty, Jr. of Waterford, CT, John Doherty and wife Lisa of Bangor; sisters Debbie Rhome and husband Cliff of Limestone, Ruth Doherty of Hermon, Cindy Wade and husband Ron of Victoria, TX; many extended family members - aunts, nieces and nephews.

Services will be held privately.  Messages and memories may be shared with the family at kileyandfoley.com