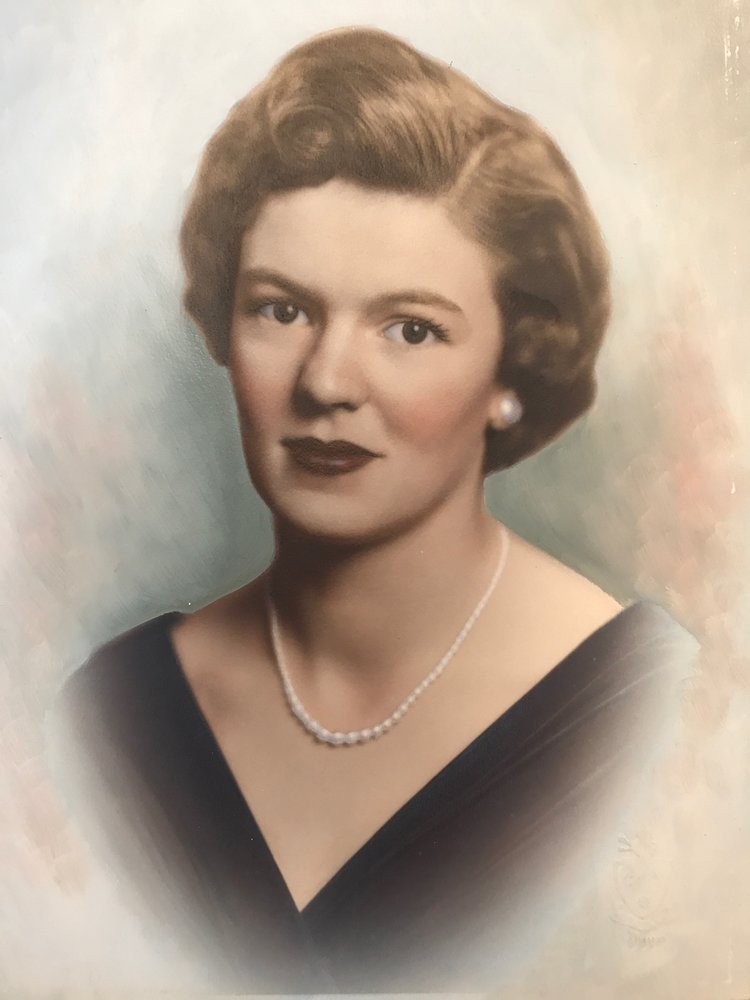 Diane El-Hajj, Beloved Wife, Mother, Grandmother and Great Grandmother died peacefully May 19, 2019 at EMMC surrounded by her family on her 84th birthday. Diane was the adored daughter of Charles R. and Eleanor P. (Wellman) McDermott. Diane lived with her very close Aunt and Uncle Lloyd and Elizabeth Rogers in Bath Maine during the war years.  She loved her time in Bath and spoke frequently of her years there. Diane attended and graduated from schools in Winterport. She worked at the Bangor Daily News before she was married. Diane and Gib were married for 63 years. They loved each other dearly and cared for each other tenderly until her passing. Diane raised her family in Winterport where she was an active volunteer and community member.

When their kids were grown Gib and Di moved year round to Swan Lake where they enjoyed many happy years entertaining family and friends, enjoying the sunsets and the sound of the loons. All of the grandchildren have so many happy memories from that time. In later years they moved to their home in Hampden where she enjoyed reading, puttering, her kitty Gracie, her beautiful flower gardens and genealogy. A special place for Diane was Schoodic Point. Over the years she and Gib have enjoyed traveling to many places with family and to visit family. Diane enjoyed her travels immensely and spoke about them fondly. Diane lived a very blessed life surrounded by family and close friends. Diane was an extremely strong woman. She faced every health challenge with unyielding strength and dignity. She was always a very faithful and contented person who saw the best in any situation. Despite her painful health condition she never complained.

Family and friends may visit 2 – 4 PM Friday, May 24, 2019 at Kiley & Foley Funeral Service, 299 Union St., Bangor where a service to honor her life will be held at 4 PM as the visitation concludes. A reception time is planned immediately afterward. The family wishes to thank Elaine Suzor for officiating and lifelong friend Katie Foley for playing the piano. In lieu of flowers please make donations to the Winterport Public Library, PO Box 650 Winterport, Me 04496. Messages and memories may also be shared with her family at kileyandfoley.com.

To send flowers to the family or plant a tree in memory of Diane El-Hajj, please visit Tribute Store
Friday
24
May

A time of continued fellowship and refreshments will be held immediately afterward
Share Your Memory of
Diane
Upload Your Memory View All Memories
Be the first to upload a memory!
Share A Memory
Send Flowers