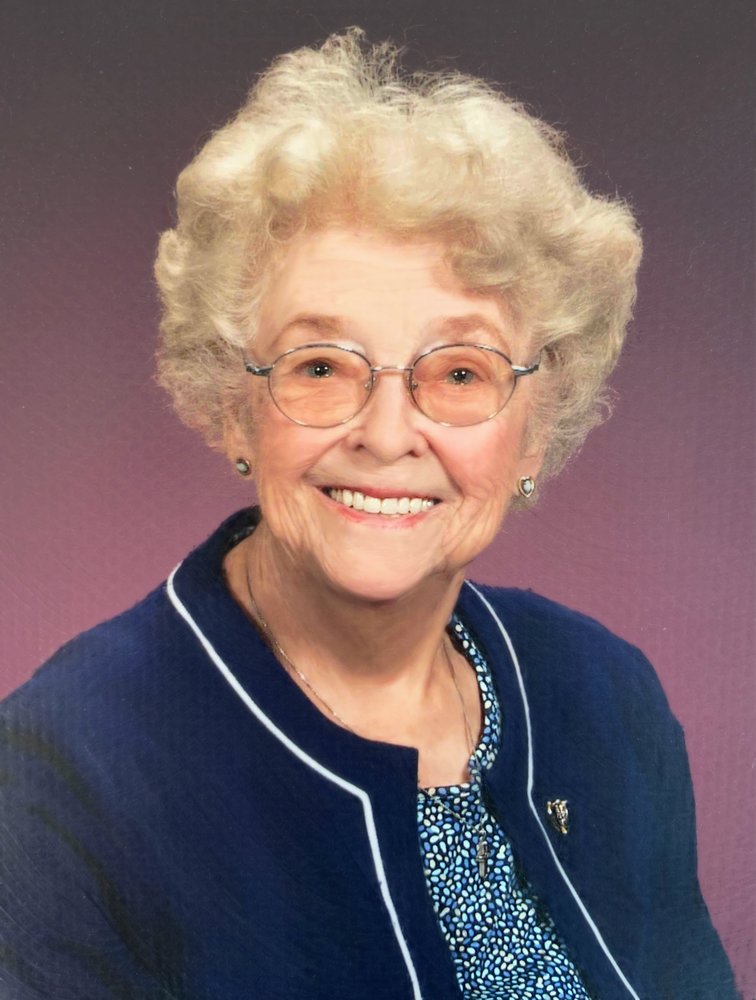 Brewer & Cape Coral, FL - Alice Mary Parker Carpenter of Brewer, Maine, beloved wife of John C. Carpenter Sr., passed away peacefully on August 11, 2019 in Cape Coral, Florida at the age of 104. She was a devoted wife, mother, grandmother and great-grandmother, beloved by her entire family. Born in Quincy, Massachusetts on May 15, 1915 she was the daughter of George C. and Lillian B. Parker, Alice graduated from Brewer High School in 1934. She would later go on to attend and graduate from the Eastern Academy of Beauty Culture of Bangor, later working out of her home as a beautician. She married John Carpenter Sr. on May 15, 1936. Any who were in the presence of John and Alice during their 70 years of marriage knew they were in the presence of true love. The couple would go on to have three children, as well as countless grandchildren and great-grandchildren.

Alice was an artistic soul, with great talent in music and painting. She loved singing and playing the organ, and was a member of both the First United Methodist Church Choir and the Bangor Choral Society for many years. She also studied watercolor and oil painting, and generously shared her paintings with family, friends as well as the Brewer Historical Society, the Brewer Library and her Church. Alice continued to paint into her nineties, and her husband John was her biggest fan.

She was predeceased by her husband John Carpenter Sr, her daughter Sandra Travis, and her son-in-law Paul Travis, Sr.  She is survived by her sons, John Carpenter, Jr. and his wife Barbara of Holden and Stephen Carpenter and his wife Katherine of Gray. Her grandchildren Paul Travis Jr. and his wife Brenda of Durham NC, Peter Travis of Williamsburg VA, Timothy Travis and his wife Virginia of Richmond VA, Joanie Pooler of Levant and Erin Gagnon and her husband Matthew of Yarmouth. Great-grandchildren Justin Travis and his wife Leah of Chapel Hill NC, Heaven Rogerson of Niceville FL, Michael Travis of Richmond VA, Alec, Owen, Aimee and Madlyn Gagnon of Yarmouth and Landon Pooler of Levant.. Great-great grandchildren Ainsley and Adalyn Travis of Chapel Hill, NC.  A dear friend Helen Carpenter of Bangor.

In lieu of flowers, donations may be made in Alice’s memory to the First United Methodist Church in Brewer, Maine. Arrangements trusted to Kiley & Foley Funeral Service, Bangor and Brewer and messages and memories may be shared at kileyandfoley.com.

To send flowers to the family of Alice Carpenter, please visit Tribute Store

Services & Burial will be private
Share Your Memory of
Alice
Upload Your Memory View All Memories
Be the first to upload a memory!
Share A Memory
Send Flowers