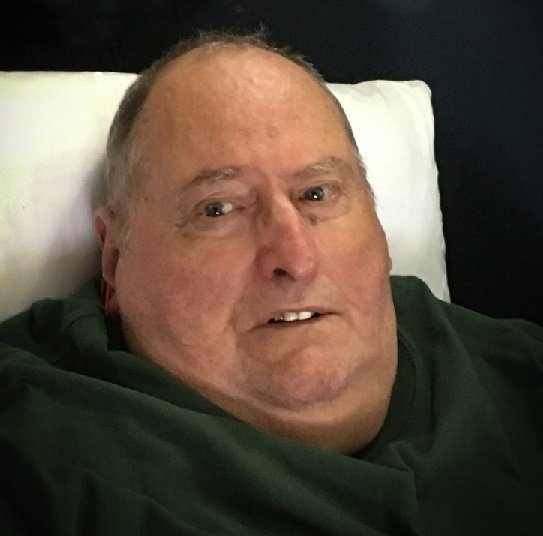 Bangor – Harold J. Winstead, 71, beloved husband of 47 years to Joan M. (Hamelin) Winstead died peacefully November 2, 2019 in Bangor, surrounded by family.  He was born Dec. 17, 1947 in Frankfort, Germany, the son of Bernard L. Probert and Ingeborg (Stenner) Winstead, and adopted son of Vernon C. Winstead. “Hal” immigrated to the United States from Germany with his family in the early 1950’s and proudly served in the US Army during the Vietnam War.  Hal was a decorated veteran receiving the Bronze Star during his service.  When he returned to the states as a civilian, he perused a course of studies in computer science.

Hal met his wife in high school prior to serving in Vietnam and reconnected when he returned; they were married in the fall of 1972. Hal and Joan relocated to Maine in 1975, to be closer to nature, affording Hal and Joan an opportunity to enjoy recreation and the great outdoors, hunting, fishing, and be closer to dear family that had previously relocated to the State.

Faith was important, and Hal was fortunate to have his spiritual guidance from his wife, Rev. John Austin, Rev. George Tracy, Rev. Richard E. Harvey, and Sr. Catherine Green. You might say, Hal required a spiritual army. Hal served as a Communicant of St. John’s Catholic Church, Bangor and was a member of the Knights of Columbus, Bangor.  He was called to serve, and found his way into ministry at Northern Light Eastern Maine as an on-call non-denominational chaplain.  He shared his love of God and helped people in their times of need both with finding peace and hope.

Music soothes the soul and is the perfect creative outlet; Hal was a dedicated guitarist who enjoyed both playing and restoring electric and acoustic guitars.  He believed that music was a true expression of our personalities, our individuality, and a language understood by all.

Throughout Hal’s illness, he was provided great relief and support by his caregiving team including his wife, his best friend and his wife, Gary and Pamela Smith, and his brother and sister-in-law, Gregory and Cheryl Hamelin.  Hal was grateful for their commitment and undying support throughout his illness. If not for the love, the laughs, and fellowship, Hal would have truly been lost.  They kept a smile on his face and helped him remain hopeful through a challenging time.

Surviving in addition to his wife of Bangor are one son, Christopher R. Winstead and his partner Jonathan Boynton of Greenville; his mother, Ingeborg Winstead of Bangor; sister, Deborah Winstead and her fiancé, Gary Yakstis, and two half-sisters, Tracy Probert-Russell and her husband, Darrell Russell and Barbara Probert Hoffmann; an aunt, cousins, nieces and nephews, and dear friends.

A Mass of Christian Burial will be celebrated Saturday, November 9th, at 12pm, at St. Mary’s Catholic Church, 768 Ohio St., Bangor. Burial with military honors will be at Mt. Hope Cemetery, Bangor and a reception will be immediately afterward.  For those who wish, in lieu of flowers, memorial contributions may be made to All Saints Catholic School’s Music Program, PO Box 1749, Bangor, ME  04402. Arrangements trusted to Kiley & Foley Funeral Service, 299 Union St., Bangor, ME  04401 and messages and memories may be shared at kileyandfoley.com.

Will be immediately afterward at St. Mary's Church parish hall.
Share Your Memory of
Harold
Upload Your Memory View All Memories
Be the first to upload a memory!
Share A Memory
Send Flowers