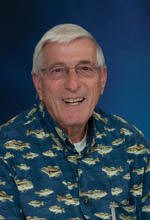 Bangor – Carl H. Snow, Jr. passed away on December 22, 2020 surrounded by loved ones. He was the son of Carl H. Snow, Sr. and Frances Lillian (Bailey) Snow, who first met as devoted members of the First Baptist Church in Bangor.

Carl grew up in Bangor and spent summers fishing and swimming at the family camp on Green Lake. As a Boy Scout, he enjoyed participating in homemade Derby Car Races. After graduating from Bangor High School in 1957 he later went on to graduate in Chemistry and Business at the University of Maine at Orono in 1969. In between college classes, he could be found at the Student Union playing bridge. He became a Life Master in bridge, playing in tournaments in Maine and New Hampshire as well as scheduled games at the former Tarratine Club in Bangor.  Carl was also a passionate UMaine men’s hockey fan and  attended or intensively followed the UMaine hockey program over the years.

Carl’s professional career began as a chemist at Coin International, a subsidiary of Guilford Industries. He created an adhesive for bonded fabrics and traveled overseas to represent the company in business development.

Prior to his father’s death, Carl partnered with him at the family auto body business on the corner of Third and Buck Street and expanded it to include rustproofing. Following his father’s death, he launched Tuff-Kote Dinol rustproofing franchises in Bangor, Presque Isle and Waterville. He earned his pilot’s license which also made travel to the Presque Isle location more convenient. Carl later sold the businesses to pursue his career passion in real estate development. He was one of the first to install geo-thermal energy, beginning in his own home in the early 80’s and going on to include its energy efficiency in his corporate and residential real estate developments. In one of his many residential neighborhood subdivisions, he named a street for his eldest child, “Jennifer” Lane, in Bangor. Carl maintained his professional devotion to real estate and development during the ups and downs of the economy, until his terminal cancer diagnosis. He greatly enjoyed his work and friends as a broker at Town and Country Realtors, Masiello group in Bangor.

Following in his father’s love of environmental conservation, Carl passionately and proudly served as one of the founding directors of the Pattees Pond Association from 2007-2010.   He was instrumental in spearheading the networking framework for a successful nonpoint source water pollution grant award with Maine Dept. of Environmental Protection to address Pattees Pond source water pollution.  Carl loved watching the glorious break-of-day sunrises and sunsets on Pattees Pond and was known for casting a fishing line early in the morning to lure the elusive unsuspecting bass circling in front of the family cottage.

Carl was loving and kind; his smile would light up the room. He was recognized by family, friends and colleagues as genuine, enthusiastic, hard-working, and smart. He was full of positive energy, curiosity, and warmth.

Carl is survived by his life partner of 24 years, Betty P. Lee. Carl’s other surviving family members are his three children, their spouses and his grandchildren: daughter, Jennifer Snow O'Brien, her husband Terry O’Brien and their children Jack and Patrick of Cape Elizabeth, Maine; daughter, Emily Snow Bebas, her husband Nick Bebas and their children, Joshua and Grace of Hopkinton, MA; son, Carl (Matthew) Snow, his wife Shelly Bansal Snow and children Avi and Mira of Needham, MA. He is also survived by his former wife of 25 years, Sally T. (Smith) Connolly, of Sarasota, FL, mother of their three children.  Carl’s extended family also included Chris H. Lee and Lewis P. Lee of Winslow, ME - who surrounded Carl with enduring love and support.  Also near and dear to Carl’s heart are his two kittens, Athena and Maya, who were adopted through the Gingerbread program at the Brewer Veterinary Clinic.

Due to the gathering restrictions associated with the novel coronavirus pandemic, the family will hold a private celebration of Carl’s life at his beloved Pattees Pond cottage during the summer of 2021.

Arrangements by Kiley & Foley Funeral Service, 299 Union St., Bangor.  Messages and memories may be shared with the family at kileyandfoley.com

To plant a tree in memory of Carl Snow, please visit Tribute Store

Due to the gathering restrictions associated with the novel coronavirus pandemic, the family will hold a private celebration of Carl’s life at his beloved Pattees Pond cottage during the summer of 2021.
Share Your Memory of
Carl
Upload Your Memory View All Memories
Be the first to upload a memory!
Share A Memory
Plant a Tree