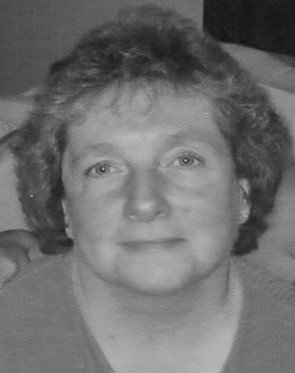 A funeral mass will be celebrated in the future, and Ann will be laid to rest, alongside her mother, in Mexico, Maine when summer arrives.

Ann, age 70, passed away on December 28, 2020 at Northern Light EMMC in Bangor after a period of declining health, recent hospitalization and finally, contraction of COVID-19.  She fought valiantly to maintain her life at home, and with the help of her cadre of neighbors and friends, lived at home with relative independence despite her advanced Multiple Sclerosis.

Ann was born in Rumford, Maine on October 27, 1950 to J. Bernard O’Kane and Margaret (Law) O’Kane.  Ann’s mother passed away in 1955, a loss Ann felt deeply throughout her life.  The O’Kane family became a blended family when Ann’s father married Doris Sage and her two children in 1958. She graduated from St. Athanasius Elementary School and attended Stephens High School in Rumford.  Ann graduated from Brewer High School in 1969 after the family relocated.  She attended the University of Maine – Farmington.

Ann made a career with the then New England Telephone Company, ultimately working as a business office service representative.  She married James Downes in 1978 and they had two children, Katherine and Michael.  Over Ann’s nearly 20 years in her Birch Street home in Bangor she hosted annual Christmas cookie parties for her friends and their children and had many birthday parties for Katie and Michael (his Teenage Mutant Ninja Turtles party especially standing out). The family enjoyed camping at Littlefield Beaches many summers, and they took many various day trips; exploring Acadia, day games at Fenway with the required hot dogs, and beyond.  She was known for showing her love by cooking and baking for friends and family, welcoming all into her home, always in the car going somewhere. Ann took a medical retirement as her physical condition became more challenging.

Ann married Geoffrey Dawson Picard in 2009. Her generosity continued to express itself through her treats and gifts to friends and family.  Ann seldom complained about her physical limitations; she was always “better than nothing” when asked how she was doing.  She continued to love to “go for a ride”, just to see the sights or visit her favorite places.

Ann was predeceased by her mother Margaret (1955), father Bernard (2009), stepmother Doris (2017), husband Geoffrey (2018), and sister Elizabeth (O’Kane) Harvey (2008).   She is survived by her two children, Katherine Downes of Portland, ME and Michael Downes and spouse Abigail of Saco, ME; siblings Denise (Sage) Richards and spouse Brien of Raymond, James O’Kane and spouse Linda of Long Beach, CA, Gregory Sage and spouse Roxanne of Marco Island, FL, Matthew O’Kane and spouse Sherri of Olive Branch, MI.  There are multiple nieces and nephews who will miss her, as well.  She loved little children and enjoyed watching Eric, Michael, and Sophie grow older.

A funeral mass will be celebrated in the future, and Ann will be laid to rest, alongside her mother, in Mexico, Maine when summer arrives.

Arrangements by Kiley & Foley Funeral Service, 69 State St., Brewer.  Messages and memories may be shared with the family at kileyandfoley.com

Share Your Memory of
Ann
Upload Your Memory View All Memories
Be the first to upload a memory!