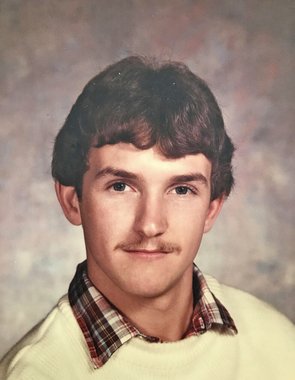 Obituary of Thomas B. Read

PORTLAND AND OLD TOWN - Thomas B. Read, 58, died unexpectedly on March 8, 2021. Born in Bangor, March 6, 1963, he was the son of Kelso Read and Deenie Brew Read. He graduated from Old Town High School in 1982, and was on the winter and spring track team. He then went on to college and obtained a B.S. in Business Administration from Husson College in 1986.

In earlier years, he enjoyed being in the out-of-doors camping, boating, and swimming with friends at the Swetts Pond camp in Orrington. He was active in the Troop 76 Boy Scouts in Stillwater and achieved Life Scout, the order of the arrow, and enjoyed going to Camp Philmont in New Mexico.
After graduating from Husson College he worked at Sherwin Williams in Bangor and then Biddeford, Maine. He was currently working with the Coca-Cola Bottling and Distribution Center in South Portland, Maine, he started in 1999 working different positions, including truck driver and warehouse operations.

He had a kind spirit and was always ready to share a humorous comment among friends and family. Most of all, Tom enjoyed spending time with his friends who he traveled to see, exploring places in California, Florida, Montana, and New Hampshire. He also enjoyed his friends at home and work as well as keeping in touch with others via Facebook. He will be missed by his many friends from Coca-Cola as well as friends at Samuels and Pizza Villa.

He was predeceased by his mother. He is survived by foster sister, Rosemary Curtis from Bakersfield, California; his aunt, Baa and uncle, Charlie Knowlen, from Eddington; his cousin, Wendy Tasker from Dedham; his cousin, Tonya Perkins from Augusta; and his two very best friends since grade school, John Daigle from Old Town and David Bird from Epsom, New Hampshire.

To plant a beautiful memorial tree in memory of Thomas Read, please visit our Tree Store

A Memorial Tree was planted for Thomas
We are deeply sorry for your loss ~ the staff at Kiley & Foley Funeral Service - Brewer
Join in honoring their life - plant a memorial tree
Services for Thomas Read
There are no events scheduled. You can still show your support by planting a tree in memory of Thomas Read.
Plant a tree in memory of Thomas
Share Your Memory of
Thomas
Upload Your Memory View All Memories
Be the first to upload a memory!
Share A Memory
Plant a Tree