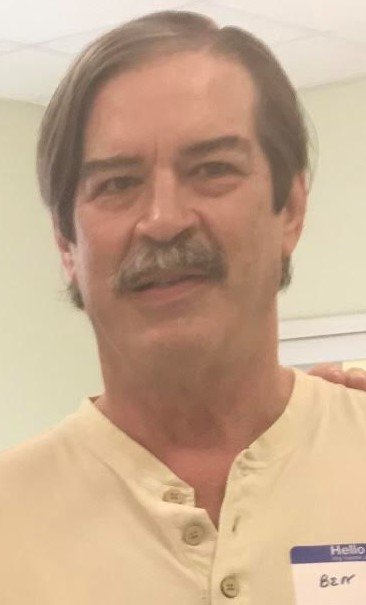 He graduated from Dartmouth College, Class of 1975, with a Bachelor’s degree in Economics.  He was a member of the championship football team all four years of college.  In the early 1980’s, Ben moved to Maine.  He began working for the Brewer School Department in 1996 and was still employed there at the time of his passing.  Ben knew a lot about a lot and, while he would have been a great Jeopardy contestant, his family always enjoyed playing “Stump the Buck” with him.  He lived a simple life and was beyond genuine with his care for others.

In lieu of flowers, donations in Benjamin’s memory may be made to Brewer School Department Scholarship Fund, 261 Center St., Brewer, ME 04412 for the Ben Simmons Scholarship.

Messages and memories can be shared with the family at kileyandfoley.com

To plant a beautiful memorial tree in memory of Benjamin Simmons, please visit our Tree Store

A Memorial Tree was planted for Benjamin
We are deeply sorry for your loss ~ the staff at Kiley & Foley Funeral Service - Bangor
Join in honoring their life - plant a memorial tree
Services for Benjamin Simmons
There are no events scheduled. You can still show your support by planting a tree in memory of Benjamin Simmons.
Plant a tree in memory of Benjamin
Share Your Memory of
Benjamin
Upload Your Memory View All Memories
Be the first to upload a memory!
Share A Memory
Plant a Tree