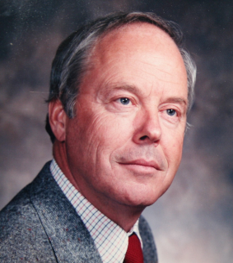 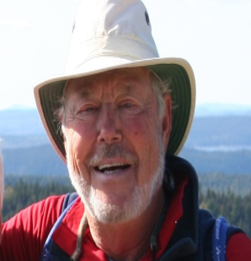 Please share a memory of Carl to include in a keepsake book for family and friends.
View Tribute Book

Carl Roger Morris, 87, of Hermon, Maine passed away at his home on May 2, 2021. Carl was born in Presque Isle, Maine to Alphy Leroy Morris and Evelyn Knight Morris on December 2, 1933.  Carl's wife, Terry Hamm-Morris lovingly cared for him until his passing. She was an adventurous companion and his best friend for 35 years. Carl leaves behind three sons C. Stephen and wife Brenda, Alan and wife Laura, John and wife Nanette, and their mother Shirley of Florenceville, New Brunswick, Canada; three grandchildren Sean, Eric and Moriah (Dietrich); two great grandchildren (Liesl and Odis). He was predeceased by his son Eric who died in 1980 at age 21.  His extended family includes brother Dale and wife Jesse; sister Lana Avery and husband Ed; brother Brian (deceased) and wife Pam; brother-in-law Rick Hamm, wife Jan and nephew Brian; sister-in-law Mellissa Hamm-Fuller and husband Marc and several nieces and nephews.

Carl graduated from Presque Isle High and went on to become a Midshipman at Maine Maritime Academy in Castine, where he graduated in 1954 with a degree in Engineering. He later completed courses in Management Development at Northeastern University.  Upon graduation Carl became a marine engineer with Atlantic Refining Company then accepted an engineering position with Stone and Webster building a steam generation plant for Maine Public Service in Caribou, Maine.  His next career change was at Birds Eye Division of General Foods in Caribou, where he progressed from assistant plant engineer to plant engineer to production manager. It was while working at Birds Eye he met and became friends with Harrison McCain who offered him a job at McCain Foods in Florenceville, New Brunswick, Canada. He took a chance on this new company and in 1963 became the first plant manager at McCain Foods.

At McCain Foods he advanced to Manager of Manufacturing, Vice President and eventually Senior Vice President of Manufacturing for the international company. In 1988, Carl and Terry moved to Tokyo, Japan where he was President of McCain Foods Japan/Korea.  Carl was active in the Canadian Food Processors Association where he served on the Executive Committee, then as President.  He received the first McCain Star Award in 2007 for distinguished service to McCain Foods. Carl was inducted into the Potato World Hall of Recognition in appreciation for his work in the industry.  Carl patented many of the cutting knives and heads used in the manufacturing process for French fries.  Carl refined an idea from his youth to develop McCain "Superfries" which became the most popular oven reconstituted French fry in the world.

He instituted the Agricultural Bargaining Council whose ultimate goal was to ensure a stable supply of product with improved quality. This was the forerunner of the popular "McCain Champion Grower" program. He also developed the "McCain Quality Performance" criteria and was an early supporter of the McCain Potato Processing Technology Centre. Upon retirement he continued as a consultant to McCain Foods and to other companies including Belfast, Maine's Penobscot McCrum, operated by his long time friend, Jay McCrum of Mars Hill.

Carl was an avid sailor, skier, golfer, tennis and Pickleball player. He was also a talented musician who played piano till the end and the saxophone like Stan Getz. Moreover he instilled the love of music in his sons.  Carl and Terry also enjoyed traveling, helicopter skiing in the Rockies, hiking in the Alps of Europe, golfing spending time in Arizona, and sailing their sloop the "Sitzmark" on Penobscot Bay.

Carl always said he never worked a day in his life. He loved his job and particularly enjoyed helping advance young people in their careers. He was a gentleman of the first order, well loved by family, friends and employees.  Special thanks to the neighbors and friends who were there to support him and to help Terry guide him on his final adventure.

A celebration of his life will be held in Hermon in August.  In lieu of flowers, contributions in honor of Carl Morris may be made to Class of 54’ Regimental Scholarship Fund (MMA), Maine Maritime Academy, 1 Pleasant Street, Castine, ME 04420. Messages and memories may be shared with the family at kileyandfoley.com

To plant a beautiful memorial tree in memory of Carl Morris, please visit our Tree Store

In lieu of flowers, contributions in honor of Carl Morris may be made to Class of 54’ Regimental Scholarship Fund (MMA), Maine Maritime Academy, 1 Pleasant Street, Castine, ME 04420.
Online Memory & Photo Sharing Event
Online Event
About this Event

Look inside to read what others have shared
Family and friends are coming together online to create a special keepsake. Every memory left on the online obituary will be automatically included in this book.
View Tribute Book
Share Your Memory of
Carl
Upload Your Memory View All Memories
Be the first to upload a memory!
Share A Memory
Plant a Tree