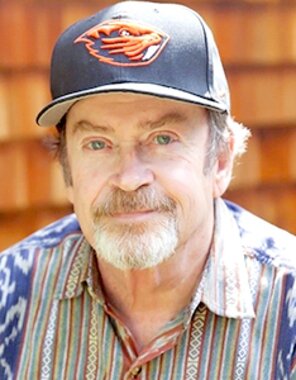 Please share a memory of Frederick to include in a keepsake book for family and friends.
View Tribute Book

WINTERPORT - Frederick Clarence Nichols passed peacefully at his Winterport home on Kempton Cove along the Penobscot River surrounded by his loving family on Tuesday, November 16, 2021, after a recent cancer diagnosis. Fred was a dedicated naturalist and was passionately engaged with his community and environment in countless ways.

Fred was born in Bridgeport, CT on January 13, 1943, to May Tierney Nichols and Frederick Audley Nichols. He loved and played baseball throughout his life. As a youngster, his parents often took him to major-league games at the Polo Grounds and Ebbets Field in New York, and Shibe Park in Philadelphia. He spent summers fishing on Long Island Sound with his father aboard the Sea Sprite. Fred and his family settled in Castine, Maine in 1986.

He graduated from Fairfield College Preparatory School in Connecticut in 1961, then attended New York University and earned his MBA at the University of California, Berkeley. Fred served as the Vice President and Treasurer of Remington Corporation in Bridgeport, CT, for several years before going on to acquire Bluejacket Shipcrafters, Inc, in Stockton Springs, ME. Fred was instrumental in the preservation of Bangor's historic track as well as Maine's harness racing industry. He dedicated 25 years to the Bangor Raceway in many capacities, including general manager, before retiring in 2018.

Fred was a man of many interests and talents. He was the president and owner of several minor league professional baseball teams beginning in the 1970's—the Asheville Tourists, Utica Blue Jays, Butte Copper Kings, Gastonia Rangers, and Daytona Beach Islanders, some of whose players made their way to the major leagues. In 1991, he authored a book 'The Final Season' which chronicled the 1953 season of the St. Louis Browns baseball team.

Fred was known in town for driving around on sunny days in his vintage 1970 Jaguar XKE and his 1989 red Jaguar coupe, and more recently his 1950 Chevy Fleetline Special. He will be fondly remembered for his love of nature and his kindness and passion for wildlife preservation. He loved walking along the beach and collecting driftwood for the whimsical animal themed artwork he created. He had a great number of critters who kept him company -many were adopted from the local humane society (where he volunteered for several years) or who visited his home from the surrounding woods. His menagerie included, among others, rescued frogs, porcupines, raccoons, wild birds, and a variety of reptiles.

Fred received many awards of recognition throughout his life. In 2010, he was inducted into the New England Harness Writers Hall of Fame, and he has been honored twice as the Maine Harness Horsemen's Association Track Executive of the Year. Fred was also a member of Mensa Society.

Fred has been described by his friends as having a kind heart, sharp wit and a great sense of humor.

A celebration of Fred's life will be held at Noon at the Fred Nichols Barn located at the Bangor Raceway at Bass Park in Bangor, Maine, on Friday, November 26, 2021. In lieu of flowers, please send donations to the Saco River Wildlife Center sacoriverwildlifecenter.org. Messages and memories may be shared with the family at kileyandfoley.com.

To send flowers to the family or plant a tree in memory of Frederick Nichols, please visit Tribute Store
Friday
26
November

Look inside to read what others have shared
Family and friends are coming together online to create a special keepsake. Every memory left on the online obituary will be automatically included in this book.
View Tribute Book
Share Your Memory of
Frederick
Upload Your Memory View All Memories
Be the first to upload a memory!
Share A Memory
Send Flowers
Plant a Tree