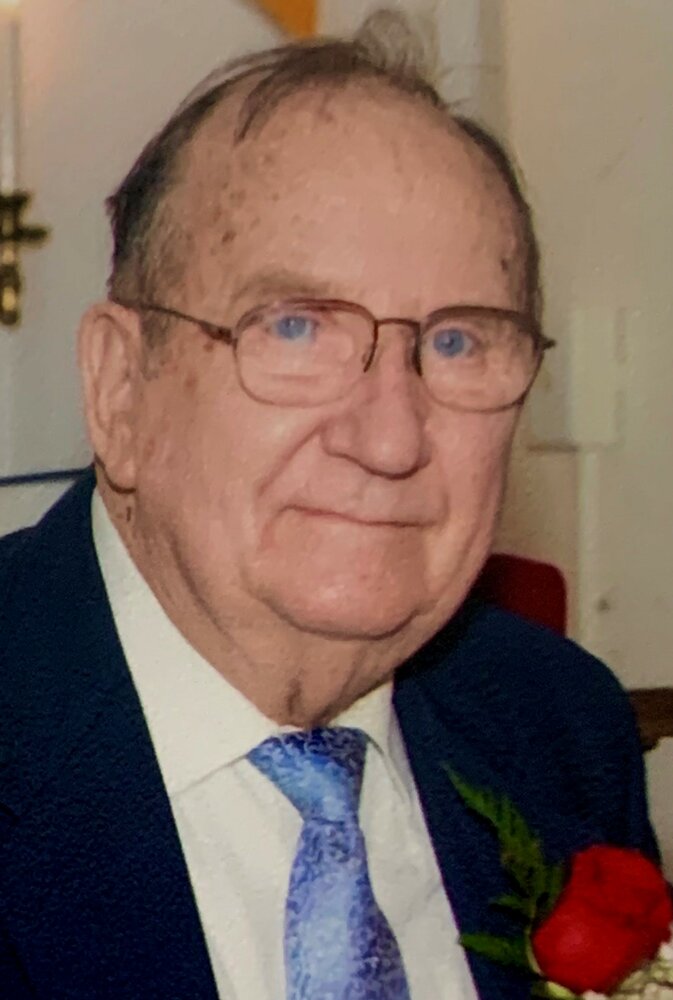 Bill grew up in Stoneham, Massachusetts and graduated from Massachusetts College of Pharmacy as a member of the Rho Chi Pharmacy Honor Society. He served two years as a US Army medic in South Korea following the war, where he also taught GED courses and served as an informal chaplain. Bill worked as a pharmacist for many years, leading hospital departments across eastern Maine. He also leveraged his gregarious nature and love of the road to work as a drug sales representative at either end of his long career, allowing him to exercise three passions: maps, talking medicine with doctors across the state, and exploring random trout streams. In later years he enjoyed spending time with his family at camp at Beddington Lake and trips made to Avian Haven in Freedom as a transporter for injured birds. He was an avid gardener and John Deere aficionado. A lifelong train enthusiast, Bill loved rail excursions and digging into history through membership in the 470 Railroad Club of Portland. Bill was a gifted storyteller, an excellent sketch artist, a longtime barbershop singer, and a dedicated and faithful member and former trustee of the Holden Congregational Church, where he was known for his bass voice.

Surviving in addition to his wife of 62 years, Eleanor (Jones) Murley of Dedham are his three sons, Daniel K. Murley and his wife, Georgina of Southwest Harbor, Alan S. Murley of Dedham and Jonathan P Murley and his wife, Paula and their daughter, Isabel of Milton, Mass; and many nieces and nephews. He was predeceased by his parents, his daughter, Carolyn Murley in 2013 and by a brother, Robert Murley.

To send flowers to the family or plant a tree in memory of William Murley, please visit Tribute Store
Tuesday
8
February