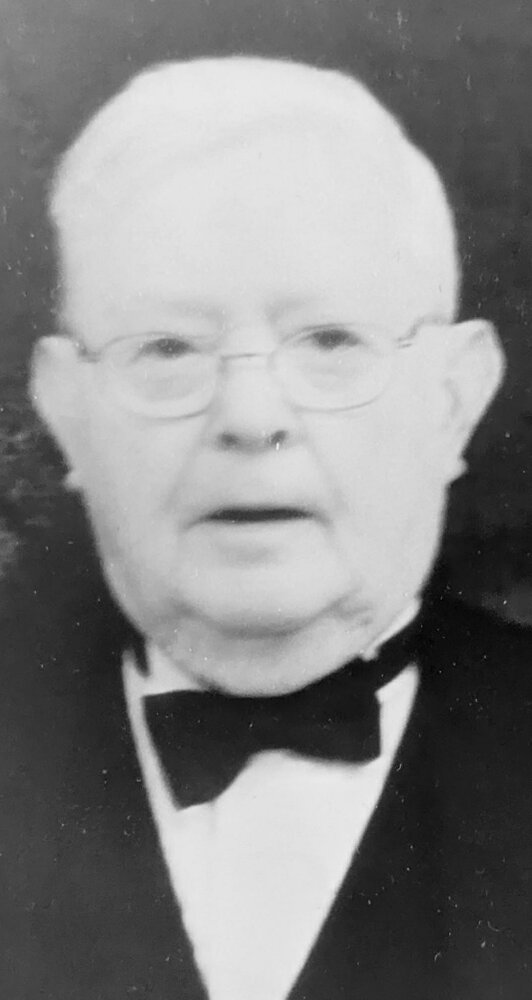 Please share a memory of Gordon to include in a keepsake book for family and friends.
View Tribute Book

HAMPDEN--Gordon Reynolds, 93, passed away January 19, 2022, of natural causes.  He was January 30, 1928, the twelfth child of Mitchell Reynolds and Sadie Mary Louise (Taylor) Reynolds, in Oxford, Maine.

He graduated from Oxford High School in 1945, served in the U.S. Army Air Force in 1946, and was honorably discharged.  He graduated from Bentley School of Accounting and Business of Boston in 1950.  On June 2, 1951, he married Lucy M. Scribner in Norway Maine and they began their life’s journey as a couple doing for others.

Gordon was very involved with several organizations.  In Masons, he was Past Master of Mitzpah Lodge in Massachusetts, affiliated with St. Andrews Lodge in Bangor, and filled many roles with the organization.  He became active in Boy Scouting in Harrison, Maine in the late 1950’s and remained as a lifelong member.  The troops he built up included Harrison, Norway and Bangor; teaching leadership skills to both boys and adults.  With his wife Lucy, Gordon was active with the veterans as a Troop Greeter at Bangor International Airport, and could be found in the cemeteries every year placing American Flags at the headstones of veterans on Memorial Day.  Gordon and Lucy were active members of their community churches, most recently All Souls Church in Bangor.  His profession was accounting and bookkeeping and Gordon was employed by several businesses in Harrison, Norway, Gorham, and Bangor Maine.

He was very talented and was not afraid to try new projects that included wiring a house, plumbing a house, rebuilding an engine, playing the piano and attempting any challenge that stood before him.  He passed this trait on to his children and anyone else that showed interest.  His goal in life was to help others and show that God has an important part in our lives.  He did not just talk about it; he showed us by his actions.

His wife, Lucy, predeceased him on January 4, 2013.  He is survived by his children, Stuart E. Reynolds, Curtis B. Reynolds, Amy P. Rowe, and Joyce E. McAlpine; along with six grandchildren and eight great-grandchildren; and extended family.

In lieu of flowers, Gordon asked that you do something for another person in need, in remembrance of him.

A family graveside service will be held in the spring, at Gracelawn Memorial Park, Auburn.  Messages and memories may be shared with the family at kileyandfoley.com

To send flowers to the family or plant a tree in memory of Gordon Reynolds, please visit Tribute Store

A family graveside service will be held in the spring, at Gracelawn Memorial Park, Auburn.
Online Memory & Photo Sharing Event
Online Event
About this Event

Look inside to read what others have shared
Family and friends are coming together online to create a special keepsake. Every memory left on the online obituary will be automatically included in this book.
View Tribute Book
Share Your Memory of
Gordon
Upload Your Memory View All Memories
Be the first to upload a memory!
Share A Memory
Send Flowers
Plant a Tree