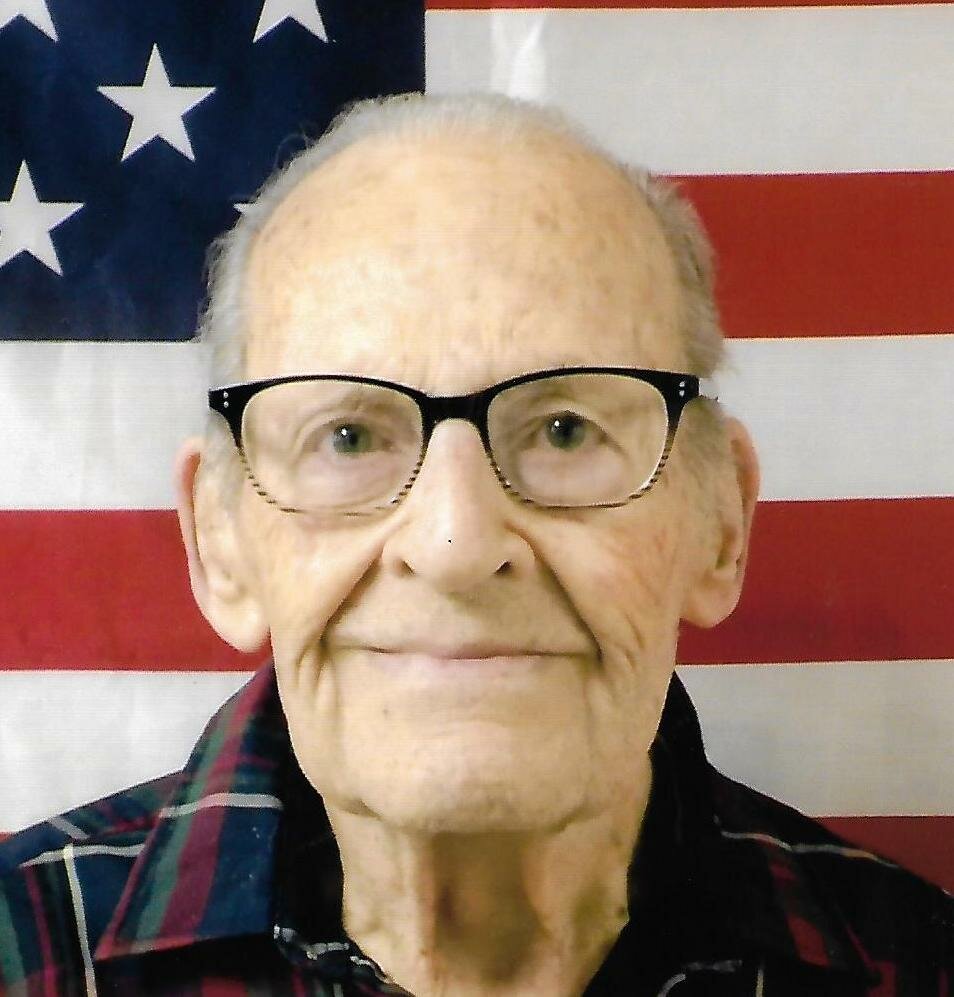 Please share a memory of Albert to include in a keepsake book for family and friends.
View Tribute Book

He lived in Orrington until he was five and then moved to Brewer for school. He grew up in Brewer and graduated from Brewer High School. He married the love of his life, Kathleen Elizabeth MacEwen of Orrington. Bud and Kay shared 74 years of marriage until her passing in 2016. When Bud was about 12, he went to live with Walter William Warren and his wife Jennie Jane Warren in Brewer, close neighbors of his family. He worked at various jobs growing up, including Swift Meat Co., Sears & Roebucks warehouse, and made shoes at The Nature Footware of Brewer.  Later he entered Waltham School of Watchmaking, where he graduated after 18 months with top honors as a Certified Watchmaker. He then returned to Bangor and worked for Rogers Jewelry Store repairing watches. He also did some repair work at home for Boyd & Noyes. After five years, he left Rogers and opened Mitchell's Watch Repair at his home on Parker Street in Brewer.  He joined the Air National Guard at Dow Air Force Base in Bangor during the Korean War. He was discharged as a sergeant.  Bud and Kay purchased land at Beech Hill Pond, where he built a camp and he and his family and friends spent many great times on vacations with lots of fishing, swimming and boating. In September 1957, he went to work for the Bangor Daily News as an apprentice and became the head machinist.  He worked there for 30 years, retiring in 1987. In 1969, he and Kay purchased land in Eddington.  With the help of his youngest son and neighbor, he built a home there, where he had a beautiful garden and apple trees. He was known for his rhubarb, which he sold to the IGA in Brewer every year. He dabbled in beehives for a few years until he had some problems with black bears. Within his apple orchard, one of his apple trees grew several different types of apples because of his knowledge of grafting fruit trees. He was a lifetime member of the Eddington Salmon Club which he helped build. During the cold winter months, he and some of the club members would meet there, make a pot of coffee and play cribbage (of which he was an expert). He also learned to tie flies there for his salmon fishing. In his younger years, he handcarved several wooden pieces with just a few pocket knives he sharpened. The fish he carved and mounted on a birch bark plaque was mistaken for a real fish and he was asked where he caught it. Bud and his wife also belonged to the Eastern Maine Snowmobile Club in Holden, where he helped with anything that needed repair and keeping the trails open and marked. He and Kay had their own snowmobiles and enjoyed many a ride together. Bud and Kay traveled to Prince Edward Island almost every year for vacation to visit relatives, where he enjoyed many activities. Bud and his wife belonged to the Clifton United Baptist Church which they attended every week. He also was a member of the NRA, the Eddington Historical Society, and SAM (Sportsman’s Alliance of Maine). He and his wife loved to go to bean suppers at various churches on Saturday evenings. He was an avid hunter during his younger years and in 1954 he shot a large buck that was big enough to qualify for the "Big Buck Club of Maine".

The family would like to thank Winterberry Assisted Living and his personal care attendants, as well as Kindred Hospice with special thanks to Katie, Kalie and Andrew. In lieu of flowers, donations may be made to the Warren A. Mitchell Scholarship Fund, c/o Staci Watkins, 499 Broadway, Ste.248, Bangor, ME  04401.

Services will be announced at a later date.  Arrangements by Kiley & Foley Funeral Service, Bangor and Brewer.  Messages and memories may be shared with the family at kileyandfoley.com

To send flowers to the family or plant a tree in memory of Albert Mitchell, please visit Tribute Store

Look inside to read what others have shared
Family and friends are coming together online to create a special keepsake. Every memory left on the online obituary will be automatically included in this book.
View Tribute Book
Services for Albert Mitchell
There are no events scheduled. You can still show your support by sending flowers directly to the family, or planting a memorial tree in memory of Albert Mitchell.
Visit the Tribute Store
Share Your Memory of
Albert
Upload Your Memory View All Memories
Be the first to upload a memory!
Share A Memory
Send Flowers
Plant a Tree