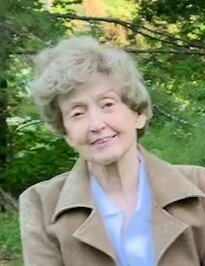 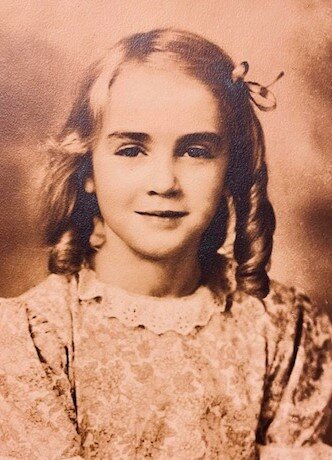 Please share a memory of Eleanor to include in a keepsake book for family and friends.
View Tribute Book

Dedham - Eleanor Marie (Jones) Murley, 86, from Dedham, went home to be with our Lord on January 22, 2022 surrounded by her family. Born April 2, 1935 in Brattleboro, VT, the daughter of Robert L. and Marjorie (Pier) Jones, she was known as “Twink” from early childhood, a loving nickname given to her by her father.

The 1950s were a banner decade for Twink. She studied nursing at Burlington’s Mary Fletcher Hospital School of Nursing, becoming an RN in 1956. She was crowned Brattleboro’s inaugural Winter Carnival Queen in 1957, winning a trip to Bermuda. She worked in hospitals in Philadelphia, and after a cross-country drive with her sister in her new Karmann Ghia convertible, in Portland, Oregon. In Winchester, MA, she met a young pharmacist named Bill, an Army medic home on leave. After a short romance and long-distance correspondence to South Korea, they married in 1959, and moved to Maine. They raised four children in the Portland area before settling in Southwest Harbor in 1975, then later Dedham in 1991.

Twink was a consummate nurse: compassionate, capable, unflinching. Over her long career, she cared for disabled children at Pineland Hospital, the Levinson Center, private duty, and volunteered at the Governor Baxter School for the Deaf. She served fifteen years on the Mt. Desert Island Hospital’s 11-7 shift, responsible for everything from emergency medicine to obstetrics, as the overnight charge nurse. She reveled in diagnosing medical mysteries, with dog-eared references on her bedside table. Always herself, she assisted nurses in her own care as her health declined, remarking on technique with praise or suggestion.

Twink was a lifelong Christian.  She refused to refer to herself as retired, but when working with less structure she became a leader within the Holden Congregational Church community, serving on multiple committees, organizing rummage sales and meal deliveries, running the food pantry and singing in the choir.

A uniquely commanding five foot two, she was reserved, private, always dignified, and profoundly kind in public. Kindness and manners always mattered to her.  Privately, she was brilliant: challenging, patient, intensely loyal, a fighter of the good fight with her heart on her sleeve and in her eyes. She was also silly, a born storyteller, an uncommon listener with just the right advice. She sought out puzzles, loved the intricacies of language, invented word games, made list after list of stray thoughts. She was an avid gardener and naturalist. Animals of every kind where always very dear to her.   Twink loved to dance.  She sang, always sang—with family, at summer camp, in quiet private moments, with the Sweet Adelines and the Gray-New Gloucester PTA “Follies.” As her health declined, she sang to nurses.

She was predeceased in December by Bill, her husband of sixty-two years; daughter Carolyn in 2013; and brother Robert Jones and sister Carolyn Hazelton. Twink is survived by sons Dan and his wife Georgina of Southwest Harbor; Alan, of Dedham; and Jon and his wife Paula and Twink’s granddaughter Isabel, all of Milton, MA; sisters Katie Terzakis and Priscilla Lindberg, and dear cousin Stephanie O’Rourke.

A joint service for Bill and Twink will be held at 2pm, Tuesday, February 8th, 2022 at the Holden Congregational Church, 9 Rider Bluff Rd., Holden, ME with Pastor Linette George officiating. All are invited but please note that masks are required and the community will follow social distancing guidelines and all other Maine CDC requirements. In lieu of flowers, the family asks that you consider a donation to the Holden Congregational Church or the hospice service of your choice.

To send flowers to the family or plant a tree in memory of Eleanor Murley, please visit Tribute Store
Tuesday
8
February

Look inside to read what others have shared
Family and friends are coming together online to create a special keepsake. Every memory left on the online obituary will be automatically included in this book.
View Tribute Book
Share Your Memory of
Eleanor
Upload Your Memory View All Memories
Be the first to upload a memory!
Share A Memory
Send Flowers
Plant a Tree