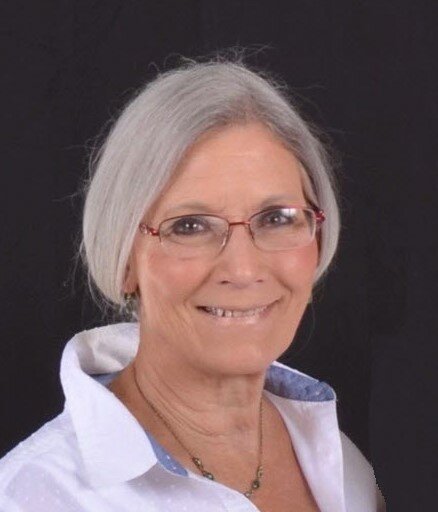 Please share a memory of Sally to include in a keepsake book for family and friends.
View Tribute Book

Madison & Presque Isle - From the loving arms of her husband while surrounded by her children, Twink passed peacefully into the arms of God on February 10, 2022 at their home in Madison, ME.  Twink was born in Selma, AL on February 15, 1950.  As a self-described “Air Force Brat,” Twink went on to live in several states, as well as Japan before settling in Brunswick, ME where she graduated from High School in 1968.  She attended the University of Maine at Presque Isle where she met her soulmate and husband, Jim Derosier.  She began a nursing career in Southern Maine and worked at a number of hospitals as an LPN, retiring from TAMC in 2016.

Twink was full of light, life, and love. She was pure of heart which manifested in her care for others.  She was a consummate host who would welcome all into her home with a ‘Twink drink’ and a hug. She was never the center of attention, but always drew a crowd with her embrace of warmth and kindness. Twink’s two greatest passions were faith and family, and she would always bid farewell by saying, “Go with God”, and now she has.

In addition to being survived by her husband of 50 years, are her four children: Jamie (Katie) Derosier of Holden, ME; Danielle (Brian) Pearson of Merrimack, NH; Nicole (Frank) Guerra of Hollis Center, ME; and Derek (Meghann) Derosier of Orono, ME.  Among her 4 children are 16 grandchildren that knew her simply as, “Gammy”.  She is also survived by one brother, Ray “Beam” Gehrig, of Midwest City, OK.  Twink is predeceased by her parents, Col. Raymond Gehrig and Sally (Wellington) Gehrig of Brunswick, ME and brother Tom “Flick” Gehrig of Saco, ME.

Twink’s family would like to acknowledge the care and compassion that was shown to her throughout her journey by Maine General Hospice, Jamie Boutin of Palliative Care and especially her Pulmonary specialists, Dr. Akmal Sarwar and Dr. William Monaco.

A Mass of Christian Burial will be celebrated 11AM Saturday, February 26, 2022 at St. Mary’s Catholic Church in Presque Isle.  It will be live streamed HERE In lieu of flowers, a donation in her name to the American Lung Association HERE  is appreciated. Arrangements trusted to Kiley & Foley Funeral Service, Bangor and Brewer. Messages and memories may be shared with her family on the tribute wall of kileyandfoley.com.

Look inside to read what others have shared
Family and friends are coming together online to create a special keepsake. Every memory left on the online obituary will be automatically included in this book.
View Tribute Book
Share Your Memory of
Sally
Upload Your Memory View All Memories
Be the first to upload a memory!
Share A Memory
Plant a Tree