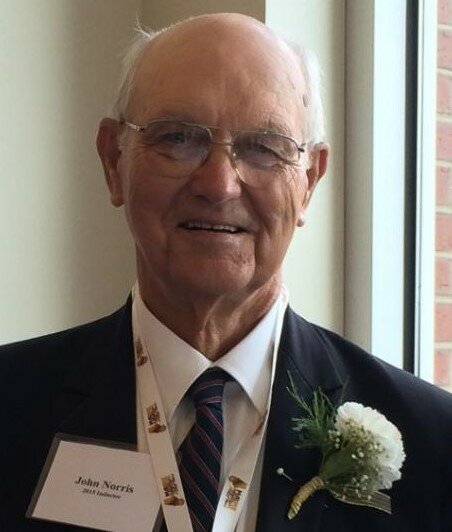 Please share a memory of John to include in a keepsake book for family and friends.
View Tribute Book

John taught at Jonesport-Beals, Calais, Bucksport and Brewer High Schools. During his 37+ years of teaching, he also coached basketball, golf and baseball. He is one of few basketball coaches to have coached at all four levels (A, B, C and D).  He was inducted into the Maine Basketball Hall of Fame for his coaching and playing contribution.  Aside from teaching/coaching, John served on several community committees and boards, such as the Brewer CDBG Housing, Eddington Salmon Club, and Eastern Maine Seniors Golf Association.

John was an outdoor person who loved fishing and was an avid golfer throughout his life. In his later years, John took up wood carving through his interest in duck hunting. This hobby grew and he became known by many in the area for his wonderful carvings.  His mornings were often spent at McDonald’s, with his friends and wife, mulling over the current issues and sharing family news. He had a wonderful life with family and friends.

A spring service and burial will be planned for family and friends. Arrangements by Kiley & Foley Funeral Service, Bangor and Brewer.  Messages and memories may be shared with the family at kileyandfoley.com

To send flowers to the family or plant a tree in memory of John Norris, please visit Tribute Store

Look inside to read what others have shared
Family and friends are coming together online to create a special keepsake. Every memory left on the online obituary will be automatically included in this book.
View Tribute Book
Services for John Norris
There are no events scheduled. You can still show your support by sending flowers directly to the family, or planting a memorial tree in memory of John Norris.
Visit the Tribute Store
Share Your Memory of
John
Upload Your Memory View All Memories
Be the first to upload a memory!
Share A Memory
Send Flowers
Plant a Tree