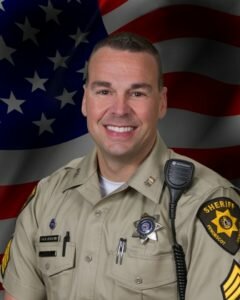 Please share a memory of Bobbie to include in a keepsake book for family and friends.
View Tribute Book

ORRINGTON--Bobbie C. Pelletier passed away as a result of a snowmobile accident on Sunday, February 20, 2022, in Limestone, Maine.  He was born December 31, 1974, in Fort Fairfield, Maine, the son of Clifford and Nancy Pelletier.

Having grown up in Limestone with his three brothers, he developed an unparalleled passion for the beautiful Maine outdoors and thoroughly enjoyed all it had to offer.  He was an avid sportsman who looked forward to hunting season all year long; a sport used as friendly competition among brothers and friends.  Bobbie recently went on “a hunt of a life time” in Saskatchewan, Canada with some of his closest friends and family including his brother Shawn, nephew Andrew and his best friend Seth.  Bobbie also loved ice fishing, all summer water activities and snowmobiling.  In addition to his love of hunting and fishing, he also found joy in simply being outside in whatever form it was and you could find him doing so with that sweet smile on his face.

After leaving Limestone, Bobbie moved to southern Maine where he attended college, receiving his degree in Criminal Justice and started his life with his late wife Kim.  While in college, Bobbie enlisted in the Maine Army National Guard.  HHe proudly served his country as a Medical Specialist in the 232nd for six years.  Upon completing his degree, Bobbie began his career in law enforcement with the Veazie Police Department.  He was later hired by the Old Town Police Department, making friends and leaving his mark along the way.  In 2008, Bobbie joined the Penobscot County Sherriff’s Office, and found his true calling.  Bobbie’s integrity and character led to his promotion to Corporal in 2015 and then to Staff Sergeant in 2016.  He has been described as a consummate professional and a “cop’s cop.”  Bobbie’s passion for service to others continued when he accepted the position as supervisor of the Hermon Deputy Program, a position he was extremely proud of.

To know Bobbie, was to love him.  He was as gentle and kind as a person has ever been.  His friends and family will miss his calm demeanor, his contagious laugh and his beautiful sparkling smile.  He loved his family and he loved his community but above all else, Bobbie was a grateful and loving father and husband.  Bobbie met his wife Jessica through mutual friends and they quickly fell in love.  His true legacy will be left in the sweet little boy they shared.  He especially cherished any outdoor activities involving his “little helper” Bryce, who loved to help “Dada” on the tractor while landscaping, gardening and working around the house.

Bobbie was predeceased by his first wife Kim (Laplante) Pelletier and his brother Chad Pelletier.  He is survived by his wife Jessica and son Bryce; parents Clifford and Nancy; brother Kevin and wife Pam Caldwell and his children Chad and Jessica Pelletier; brother Shawn and wife Sharon, and their son Andrew and wife Heather and children Shanya and Savanna; many aunts, uncles, cousins and dear friends.

For those wishing to remember Bobbie in a special way, please donate to a local charity of your choice in Bobbie’s name or to one of the two following charities that Bobbie was involved in and cherished: Penobscot Area Special Olympics, c/o Kiley & Foley Funeral Service, 299 Union Street, Bangor, ME  04401, or Brian’s Ride Cancer Fund, P.O. Box 163, Caribou, ME  04736.

A Memorial Service to celebrate Bobbie’s life will occur 4 PM, Thursday, February 24, 2022, at the Hampden Academy Auditorium, 89 Western Ave., Hampden.  We respectfully ask all who are attending to be seated early as the celebration will start promptly at 4pm.

Messages and memories may be shared with the family at kileyandfoley.com

Share Your Memory of
Bobbie
Upload Your Memory View All Memories
Be the first to upload a memory!
Share A Memory