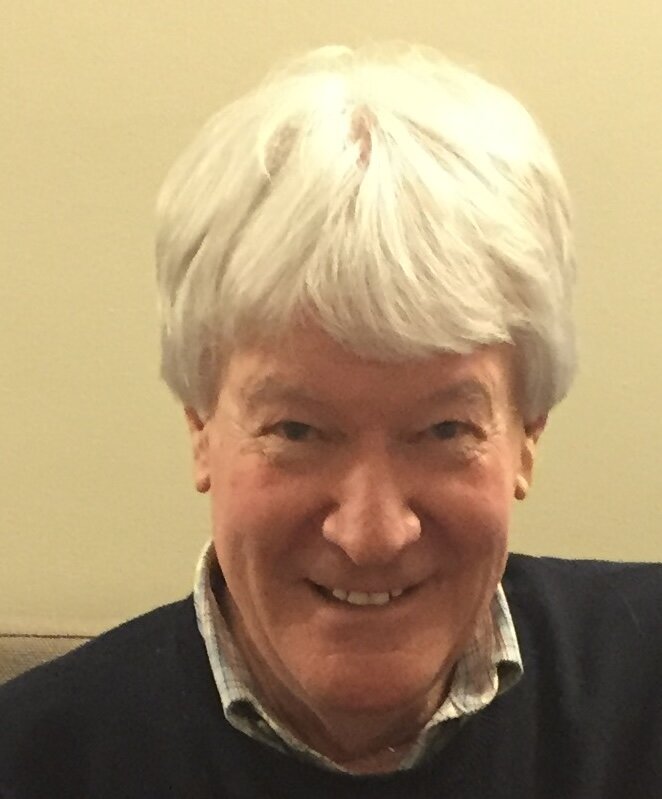 Michael “Mike” James McInnis, 75, passed away on March 15, 2022, after a brief and courageous battle with cancer. Born on July 4, 1946, he was the son of former Bangor Police Captain, F. Carr “Mike” McInnis and Eleanor (Higgins) McInnis. He cherished the memories of growing up on Maple Street in Bangor, and had many stories of running around the neighborhood, playing baseball and football with his friends and gathering on the front porches on summer evenings to enjoy lively conversation.

Mike was a 1964 graduate of John Bapst Memorial High school, where he was captain of the baseball team. He graduated from the University of Maine at Orono in 1968.  He was a proud member of the Phi Gamma Delta fraternity, and served as president of the Interfraternity Council.  He regarded many of his “Fiji” brothers as some of his most cherished friends. He served as a lieutenant in the US Army from 1969-71 and served in Vietnam and Fort Devens.

He met his future wife, Norma, at Pat’s Pizza in Orono while he was a student at The University of Maine. They ran into each other a few times over the years, and were then ‘set up’ by mutual friends and started dating. They were married in 1974, and started a family. After living in Scarborough and New Jersey, they put down their roots in Hampden.

Mike had a very successful 50-year career in the insurance industry. He began his career at Travelers Insurance, then spent several years at Universal Underwriters in New Jersey before returning to Bangor to run the large regional branch of The Dunlap Corporation, where he was the top salesman in the company for many years running. He remained in that leadership position over many years and until the company was ultimately acquired by Cross Insurance, where he worked until his retirement. He took a lot of joy in mentoring junior employees and helping them realize their potential.  He believed in accountability, hard work, having fun, and winning as much as possible. As many have said, ‘he did business the right way.’

Mike loved Bangor and believed in giving back to the community. He served on the board of many organizations including many years and a term as chairman on the EMMC/Northern Light board. He was a Rotary Club member, where he served a term as president and received the Paul Harris award. He also served on the boards of Phillips Strickland, Ross Manor, Action Committee of 50, University of Maine Alumni association executive committee, John Bapst Memorial High School, Bangor YMCA, Bangor Area Visiting Nurses, United Way, Norumbega Medical Group, RossCare, Phillips-Strickland Housing Corp, and Affiliated Heathcare Systems.

He was a master storyteller and would often have people rolling around on the floor with laughter while recounting jokes and stories. He loved classic movies, Motown music, sports, particularly University of Maine football, hockey and the Boston Red Sox. Mike was a devoted family man and a loyal friend. He coached his kids’ Little League teams, announced at hockey games (usually with a humorous and dramatic flourish) and was always there cheering on his kids in their various sporting events. His family has many fond memories of skiing with him at Sugarloaf and spending summers with him at Beech Hill Pond.

He would often write his kids encouraging pep talk letters, especially when they had tough times. He taught his kids a lot about resilience, hard work and staying true to values and beliefs. He believed in building relationships and having a good time and always seeing the humor in a situation. He is known as “Pops” to his grandkids and always knew how to get a laugh out of them. He will truly be missed.

His family would like to thank the staff of the Maine Veteran’s Homes in Bangor, Northern Light Hospital and Visiting Angels, who took such good care of him during his illness.  A Mass of Christian Burial be celebrated 11 AM, Tuesday, March 22,, 2022 at St. Paul the Apostle Parish, St. John’s Catholic Church, 217 York Street, Bangor. The funeral mass will also be live-streamed at the parish website, HERE. The family requests masks at the service to protect immune-compromised and elderly friends and family. Memorial donations may be made in his name to Rotary Club of Bangor, PO Box 2787, Bangor, Maine 04402.  Arrangements trusted to Kiley & Foley Funeral Service, 299 Union St., Bangor. Messages and memories may be shared with his family on the tribute wall of kileyandfoley.com.

To send flowers to the family or plant a tree in memory of Michael McInnis, please visit Tribute Store
Tuesday
22
March