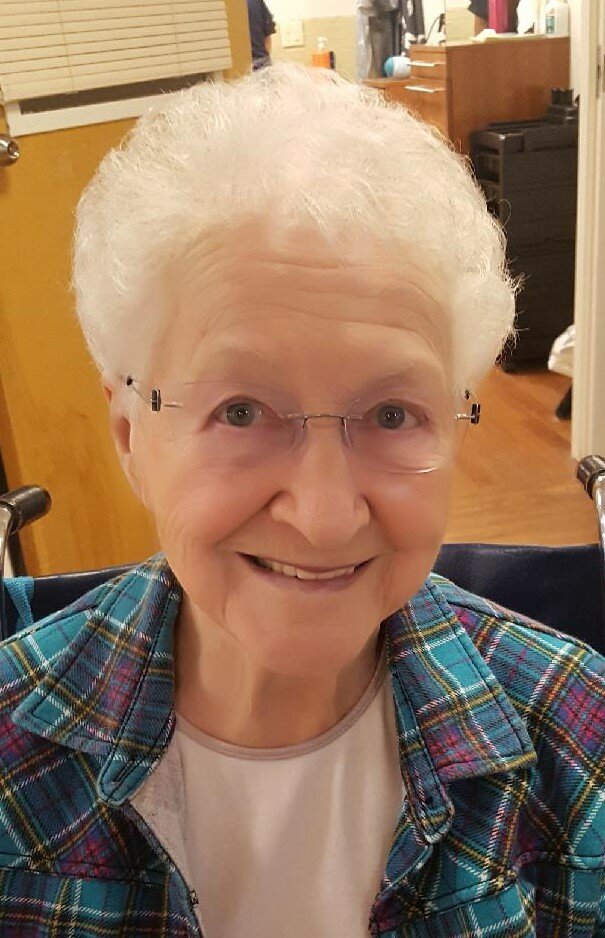 Please share a memory of Dolores to include in a keepsake book for family and friends.
View Tribute Book

Dolores “Dodie” Patricia (Quirion) De Grasse, known as Dodie, was born August 7, 1928 in Brewer, Maine to Julia and Evander Quirion.  One of eight children, Dolores grew up in Brewer where she attended St. Teresa’s Catholic School and later graduated from Brewer High School in 1946.  That same year Dodie married Everett Henry De Grasse of Orrington and together they had four children while he served in the military.  After a long affiliation as an Avon Consultant she then served as a Postal Carrier for 19 years, where she was known to all as the “Lollipop Lady,” before retiring on King’s Mountain.  Dodie was deeply caring in her relationships with every person she met, and was never bashful about meeting new people.  With Everett predeceasing her in January of 2000, Dodie made many new friends at the Sunbury Senior Living Center and later the Stillwater Care Facility.  Dolores passed on the first day of Spring, March 20, 2022 surrounded by her family, her dear friend Susan Peterson, and the many nurses and staff that cared for her so deeply.

A graveside service will be held at a later date at the Maine Veterans Memorial Cemetery, Civic Center Dr., Augusta. For those who wish, memorial contributions may be made to Bangor Humane Society, 693 Mt. Hope Ave., Bangor, ME 04401 or at bangorhumane.org. Arrangements trusted to Kiley & Foley Funeral Service, Bangor and Brewer. Messages and memories may be shared with her family at kileyandfoley.com.

To plant a beautiful memorial tree in memory of Dolores DeGrasse, please visit our Tree Store

Look inside to read what others have shared
Family and friends are coming together online to create a special keepsake. Every memory left on the online obituary will be automatically included in this book.
View Tribute Book
Share Your Memory of
Dolores
Upload Your Memory View All Memories
Be the first to upload a memory!
Share A Memory
Plant a Tree