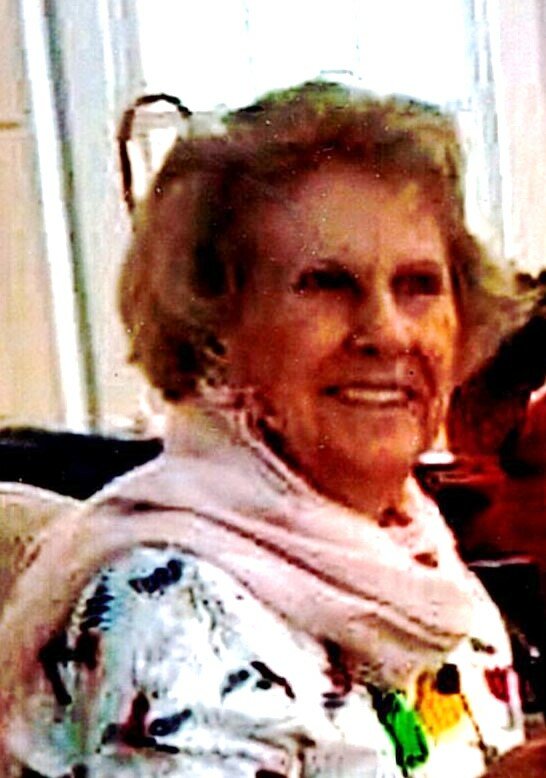 Please share a memory of Mona to include in a keepsake book for family and friends.
View Tribute Book

Levant & Bangor - Mona L. (Robertson) Goodwin, 90, went to be with her Lord and Savior Jesus Christ on March 27, 2022 in Brewer, Maine, surrounded by family. She was born on Sept. 1, 1931 in Blue Hill, Maine, the youngest of eleven children, the daughter of Albert A. and Carrie (Williams) Robertson. Mona grew up in Blue Hill and graduated from George Stevens Academy in 1949 where she was popular and participated in every club possible. She was a member of the National Honor Society and a letter athlete in basketball and softball. As a young girl, Mona's dream was to become a journalist, even though that did not come to fruition, her love of reading continued throughout her lifetime.

She was a devoted mother and homemaker, her family meant everything to her. She also worked as an executive manager of housekeeping for Newcastle Hotels and Corporation for twelve years and was known to be an excellent Manager. Mona traveled throughout the United States in her younger years and also lived in Okinawa, Japan for two and a half years, before settling in Levant, Maine in 1970 and marrying her second husband Norman Goodwin.  Her first son was born in New Mexico, her second in Alaska and her third in Florida. After marrying and settling in Levant, her daughter Libby was born.  She had many stories of her life experiences from her travels and the people she met. As soon as you met her, you could see and love her sparkling personality and "go get" attitude. She was involved in many community organizations to support her children.  She served as a Boy Scout Den mother for her sons, Brownie and Girl Scout leader for her daughter, she was also involved with the Little League and Babe Ruth Leagues. She joined the Order of the Eastern Star in Kenduskeag on Nov. 2, 1984 and became a lifetime member with her daughter, Judy in 2012. She later joined the Milwee Order #198 in Orrington, Maine. She was proud of the work she did to help raise money for the American Heart Association. Mona was an amazing cook and seamstress. As well as her love of reading, she also enjoyed playing card games, especially "cribbage" and in her younger years she loved taking on valid opponents. “Yahtzee” also became a game of choice for her and she loved tackling a good puzzle.

Throughout her adult life her most precious times were watching her children and grandchildren play sports. She valued the time she spent with each and every one of them and looked forward to their visits and hearing about their lives.

Surviving are her four children, Douglas Stark and his wife Rhonda of Dedham, Richard Stark and his wife, Karen of Hermon, Libby Goodwin Butterfield and her husband, Joel of Clifton, Judith Rich of Bucksport; two step children, Diana Cousins of Otis and Terrence Goodwin and his wife, Cindi of Glenburn:18 grandchildren, 21 great grandchildren and one great-great grandchild; many nieces, nephews and cousins. She is predeceased by her husband Norman Goodwin, and her son, Calvin Stark and by her ten siblings, Lillian Surek, Verna Grezeskowiak, Guy Reynolds, Albert, Raymond, Calvin and Joseph Robertson, Helen Moon, Phylis Soper and Olive Goodwin.

A graveside service celebrating her life will be held at 2:00 PM Friday, June 10, 2022 at the Waugh Cemetery, Levant with Pastor Randy Washington of Bradley Family Worship, presiding.  A celebration of Mona’s life will be held 1 - 4 PM Saturday, June, 11, 2022 at Parks Pond Rec Hall, Parks Pond Campground, 827 Airline Road, Clifton. Those wishing to make a contribution in her memory may do so to the American Heart Association HERE or by mail to the American Heart Association, PO Box 840692, Dallas, TX  75284-0692. Arrangements are under the care of Kiley & Foley Funeral Service, Bangor and Brewer. Messages and memories of her may be shared with her family and friends on the tribute wall of kileyandfoley.com.

To send flowers to the family or plant a tree in memory of Mona Goodwin, please visit Tribute Store
Friday
10
June

Look inside to read what others have shared
Family and friends are coming together online to create a special keepsake. Every memory left on the online obituary will be automatically included in this book.
View Tribute Book
Share Your Memory of
Mona
Upload Your Memory View All Memories
Be the first to upload a memory!
Share A Memory
Send Flowers
Plant a Tree