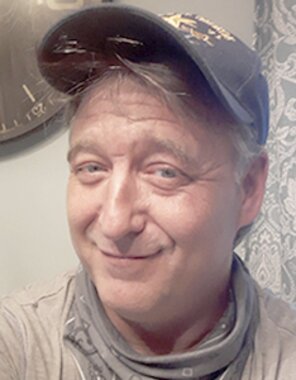 Please share a memory of Chad to include in a keepsake book for family and friends.
View Tribute Book

Chad Travis Eslin, 49 years old, passed away to go with the Lord on Saturday, April 16, 2022, after losing his life to a sudden heart attack while at work. Chad was born on December 8, 1972, to be raised in Bangor, Maine by Steven Eslin and Paula Bogan.

He grew up well liked around his community, and graduated from Bangor High School in the Class of 1991. There he played Ice Hockey, Baseball, and Football, being excellent in all of them. From there, he bravely served in the United States Navy, sailing on the USS Cape St. George and earning the rank of Petty Officer 2nd Class. After the Navy, Chad attended and graduated from Maine Maritime Academy. Successful from the get-go, he took his work all over the world to countries such as Nigeria, Thailand, India, etc., where he worked on various power plants and startup missions. Until eventually, he had children at 35 years old and settled down with his family.

With his family in mind, he requested and started working a home office job where he recruited engineers to work on power plants all over the world. He sacrificed left and right for his family, making sure they were always taken care of before himself. He loved his family more than anything else in his life, and would do anything for them. He had several hobbies, that include but   limited to, spending time with his family, attending his son's sports games, fishing, golfing, and cooking for his family. He continuously studied history, and was knowledgeable in many categories. He was remarkable in a way that when he didn't know something, he would research it because he didn't want to not know about it.

While in Heaven with his father, Steve, he will be greatly missed by his mother, Paula; his son and daughter, Rowan, 14 years old, and Anna, 13 years old; the mother of his children, Tessa Royer; his brother, Bradford; his niece, Emma; and nephews, Gabriel and Gavrie; his uncles and aunts, Robert and Sandra Eslin, Cindy and Mike Gallant, Richard and Cheryl Bogan; as well as cousins and many childhood friends he held close and dear to his heart. Fair winds and following seas, sailor.

Family and friends may visit 5 – 7 pm Monday, April 25, 2022 at Kiley & Foley Funeral Service, 299 Union St., Bangor. where a service honoring his life will be held 11 AM Tuesday, April 26, 2022. Burial will be at a later date at Mountain View Cemetery, Blue Hill.  Messages and memories may be shared with his family on the tribute wall of kileyandfoley.com.

To send flowers to the family or plant a tree in memory of Chad Eslin, please visit Tribute Store
Monday
25
April

Will be at a later date.
Online Memory & Photo Sharing Event
Online Event
About this Event

Look inside to read what others have shared
Family and friends are coming together online to create a special keepsake. Every memory left on the online obituary will be automatically included in this book.
View Tribute Book
Share Your Memory of
Chad
Upload Your Memory View All Memories
Be the first to upload a memory!
Share A Memory
Send Flowers
Plant a Tree