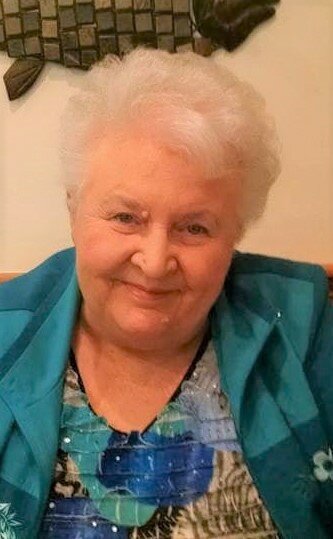 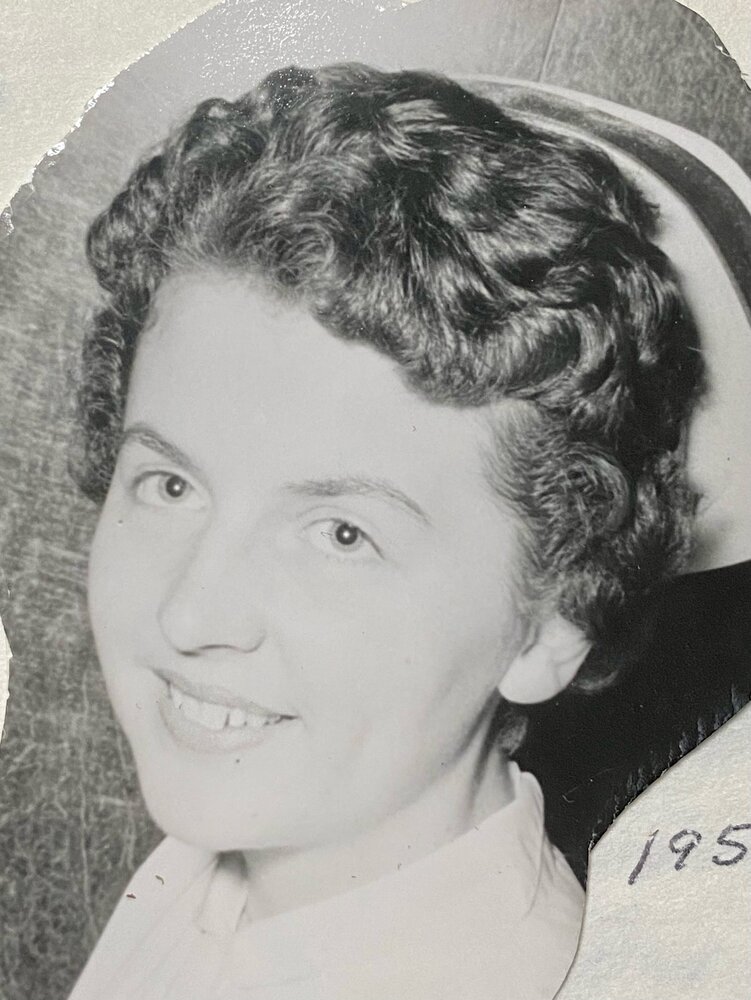 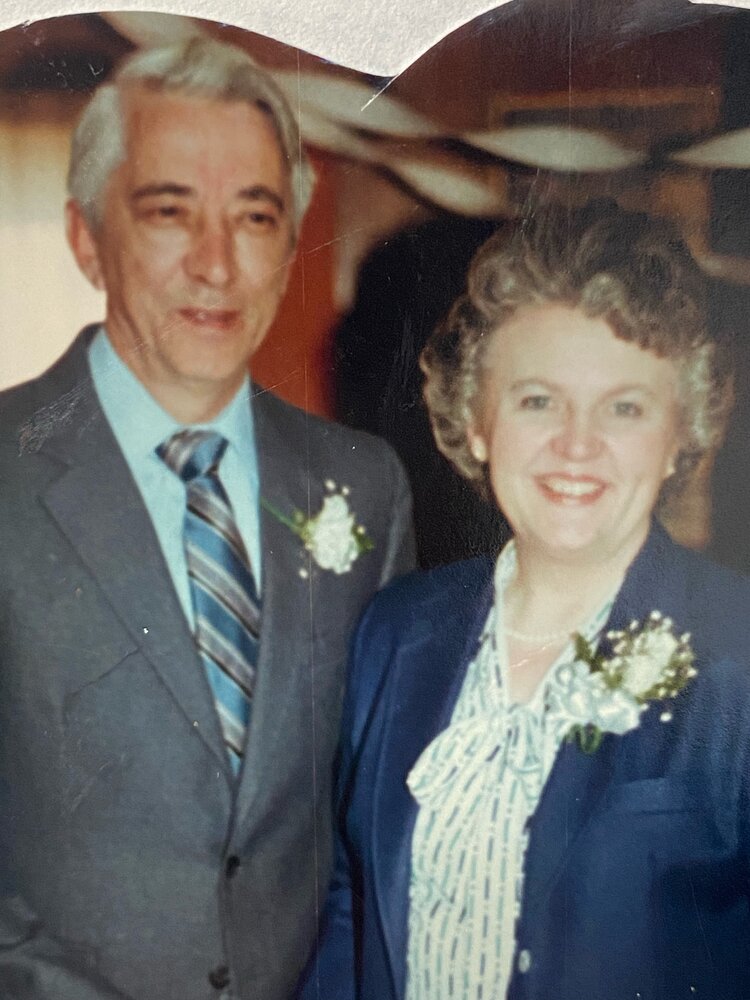 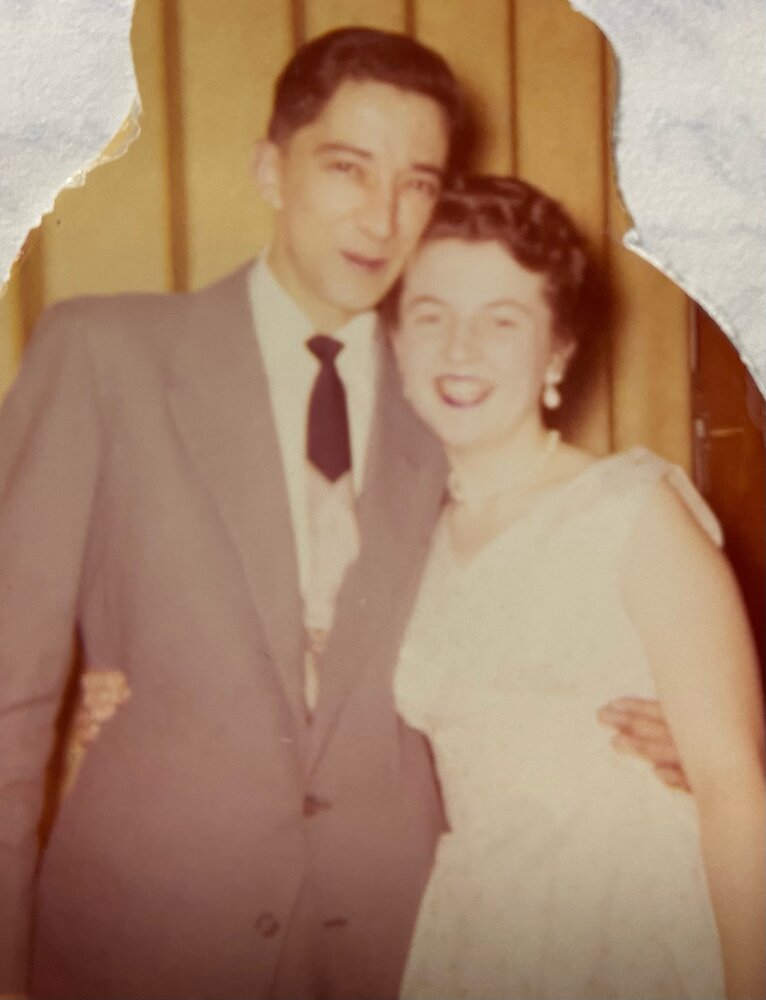 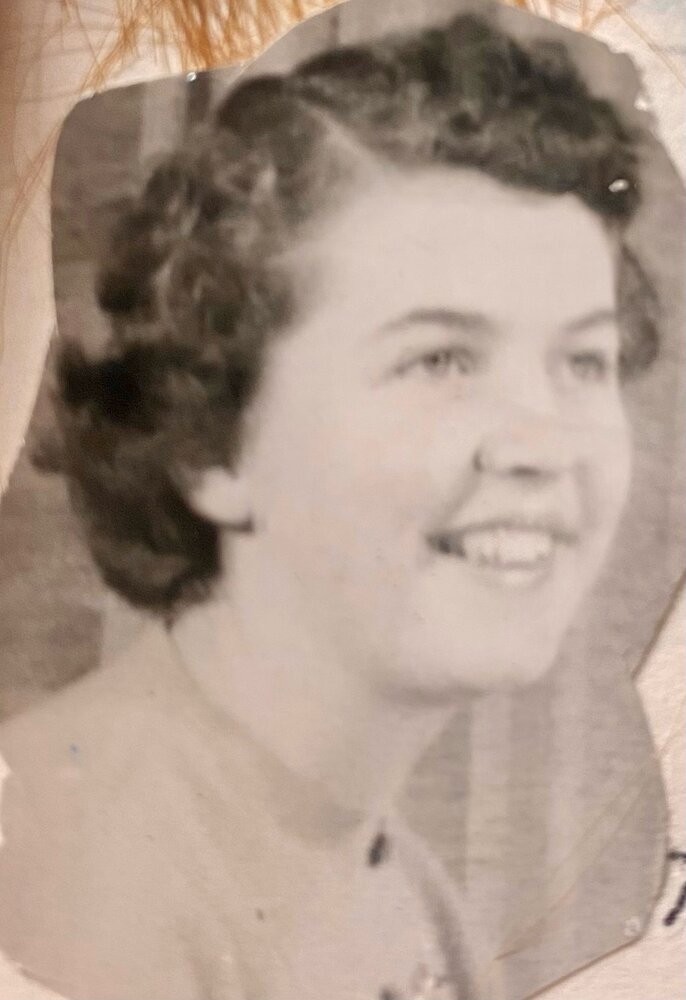 Please share a memory of Lucille to include in a keepsake book for family and friends.
View Tribute Book

ORRINGTON – Lucille J. Gosselin (Labranche), 84, died May 24, 2022, peacefully after a long battle with a fall and declining health.  She was born July 12, 1937, in Lewiston, eldest child & daughter of Alfred & Bertha Labranche (Bossie).  Lucille graduated from Holy Family School and St. Dominic High School. She attended St. Mary's Hospital school of nursing and graduated as a Radiologist Assistant and Associate Registered Nurse. She worked for St. Mary's Hospital and later moved to a local Orthopedic Surgeon.  She then married her high school sweetheart, Jean-Paul (JP) A. Gosselin on May 9, 1959, they settled in Lewiston, affectionately called “Little Canada”.

In 1963, after having 2 children, Lucille decided to become self-employed to improve the household income and spend more time at home with her children.  Lucille, who was so shy, she'd cross the street before having to speak to a stranger coming her way... was challenged by her father that she wouldn't make it as a sales representative.  She was so angry she decided to prove him wrong.  Lucille joined Tupperware, Inc. as a sales representative and went on to become one of the highest top sales persons in the USA market on a repeatable and consistent basis.  By 1974, just 11 years later, she and JP were offered a very special and unique opportunity with Tupperware, Inc.  They moved  to the Bangor area where  Lucille and JP became the first Tupperware, Inc. wholesale franchise distributorship owners serving the Northern territory of the State of Maine. The franchise was known as Down-East Parties, Inc. It was located in the old 4 story “Tucker Shoe Factory” Building in South Brewer next to the Old St. Theresa's School Building.  This building was where millions of boxes of Tupperware were received from the factory, warehoused, and shipped to the sales representatives all over the State of Maine.  We affectionately called the building the “big yellow banana”.  Lucille reached out to high schools and colleges to teach young adults the process of preserving food and saving money on their grocery bills... as well as educating young women on becoming successful entrepreneurs and sales representatives.  The business grew such, that their territory was split twice – adding two other distributorships, one in Portland and later one in Augusta in order to handled the big surge in sales and representatives.  After 45 years Lucille retired and began to enjoy her freedom and tranquility.

She is survived by her only sister Suzanne LaRue of Lewiston; also Lucille's children: John A. Gosselin of Orrington and his two children Alexandria and Christopher of New Hampshire and their mother Barbara; Louise M. Flagg and her daughter Jenna Pratt and husband Judson and their two children Julianna and Jettson; and James (Jim) P. Gosselin and wife Kellie and their children Kelsey, Kodie and fiance' Olivia and daughter Kailani, and Joshua. And, Sisters-in-law: Alice Labranche, Doris Gosselin, and Gertrude Gosselin. As well as as numerous nieces and nephews.

She was a dedicated parishioner of St. Teresa's Catholic Church in Brewer (St. Paul the Apostle Parish).  She volunteered as a member of the Parish Council in several positions, Lecturer, a member of the Choir, a Eucharistic Minister, a Sexton, a volunteer for Adoration, a Religious Education Teacher of multiple grades, a member of the local soup kitchen, and numerous other volunteering positions within the Parish over the years.  She was a member of the Daughters of Isabella, Ladies of Sodality, the Ladies of St. Ann Sodality, the UMO French Forum News Bulletin where she wrote French articles, and EMMC Hospice Services where she served for 17 years and became President for a few years.  In her spare time, she started a local French Group in the Bangor/Brewer area where they meet regularly, share stories, songs, play cards, attended events, and such - all in the French language (which has grown to over 30 members). In total she worked with over 40+ groups during her lifetime.  She received numerous awards and acknowledgements as well.  Lucille was a “Doer” and a “Giver”.  As a member of Hospice, and her vast volunteer work in the these organizations, she touched many souls and helped many find their Faith in GOD.

Lucille especially enjoyed spending time with her 6 grandchildren and 2 great-grand-children, from babysitting to outings and sleepovers. She loved to entertain relatives and friends in her home, where they always felt welcomed. Holiday celebrations were particularly special and eventful.  She traveled extensively in her later years, including many locations like a 3 week adventure to Alaska, multiple trips to Hawaii, Mexico, Canada, the Eastern Caribbean, and all over the USA.  She identified strongly with her Franco-American origins; she was an avid reader and writer of both English and French literature; she spoke fluent Canadian French and was deep into the genealogy of the entire family dating back to having family in 1678 France.  She also hosted students from France for a semester or summer vacation.

Lucille dealt with many health issues over the years, from artificial hip and knee replacements, a pacemaker, and 38 screws, 4 rods and 2 plates in her back to broken bones, heart issues, cataracts, COVID-19, many falls, fractures and a punctured lung.  She always faced these challenges as her suffering for her Savior Jesus Christ.  She never wavered and she never gave up.  “We” affectionately called her the “Bionic Woman” and the “Energizer Bunny” - she just kept on ticking no matter what.  She suffered in humility and privacy with her strength and dedication to her Savior.  Lastly, after 6+ weeks without eating and being on Hospice she succumbed to her afflictions of a very bad fall and heart attack.  She was a true and shining example to anyone who met her and/or cared for her, as a strong Christian and true believer in her Savior, and the promise of her future afterlife in His heavenly kingdom.  “Do what you can and GOD will do what you can't!”

A special thank you to a very dear friend, Rev. Fr. Robert Lacase who works at the Missionary Oblates of Mary Immaculate in Bolivia.

A Mass of Christian burial will be celebrated 11:00 a.m. Wednesday June 1, 2022 with Rev. Bruce Siket, clebrant at

Join the family after the funeral (around 12:15-12:30 pm roughly) for fellowship and good food!

(Note: this is a pay your own beverage/meal event)

In lieu of flowers, gifts in her memory may be sent to Shriners Hospital for Children, 516 Carew St., Springfield, MA 01104-2396 in the name of her daughter, Louise Gosselin Flagg; or Northern Light Palliative Care, 417 State Street, Healthcare Foundation PO Box 931, Bangor, ME 04402

. Condolences to the family may be expressed at: https://kileyandfoley.com

To send flowers to the family or plant a tree in memory of Lucille Gosselin, please visit Tribute Store
Tuesday
24
May

Look inside to read what others have shared
Family and friends are coming together online to create a special keepsake. Every memory left on the online obituary will be automatically included in this book.
View Tribute Book
Share Your Memory of
Lucille
Upload Your Memory View All Memories
Be the first to upload a memory!
Share A Memory
Send Flowers
Plant a Tree