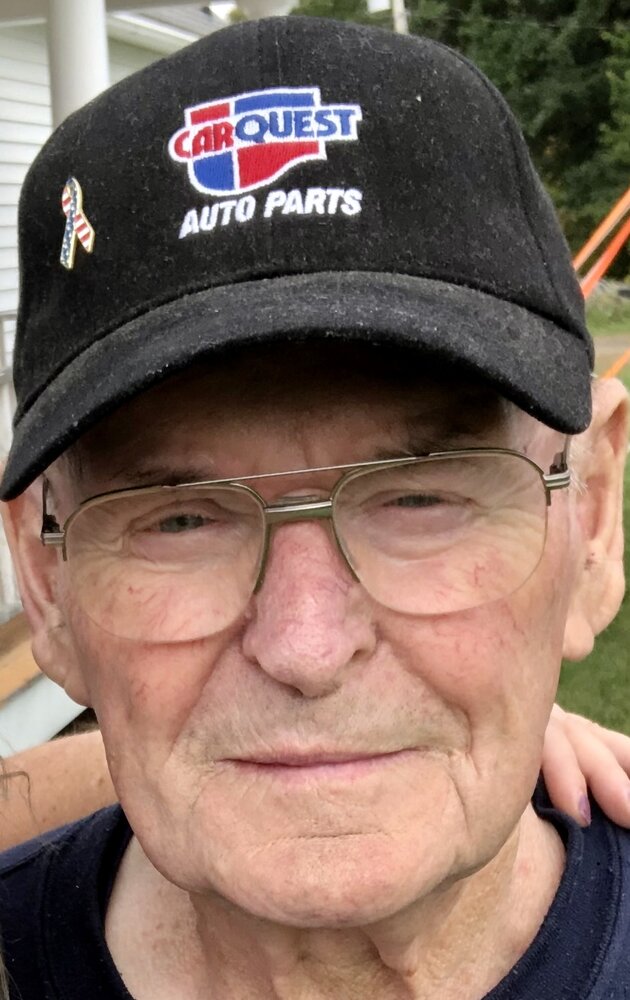 Please share a memory of Keith to include in a keepsake book for family and friends.
View Tribute Book

Keith grew up in East Corinth, son of the late C. Pauline (Gerry) Prescott and Francis E. Prescott.   After graduating from East Corinth Academy, he began working for Page Lumber. It was there that he developed his passion for trucking and went on to spend over 48 years driving trailer truck, including over 25 years with St. Johnsbury Trucking until they shutdown in 1993. He then drove for Preston Trucking, followed by Roadway until his retirement.  He was very proud that his son Scott was carrying on his legacy.

Ever the hard working man, Keith instilled a strong work ethic in his children. It was not unusual for him to be working in the woods at the Prescott Farm during the weekends with his young children in tow. Even after retiring from trucking you would find him out and about delivering parts for his son Keith. This work ethic has carried down through the generations to his grandchildren. He had many passions: first and foremost, he loved his family and was always there to listen and provide advice when asked. An avid Red Sox fan, he was quick to share his thoughts on how they were doing and rarely missed a game. He also loved games of chance, whether it be betting on the horses, trying his luck at the slots, playing high stake cards with friends or picking up a scratch ticket now and again. We always knew when he was ahead of the game.

A graveside service will be held 10 A.M., Saturday, June 18, 2022, at Lakeview Cemetery, Lakeview Rd., Glenburn.   Messages and memories may be shared with the family at kileyandfoley.com

To send flowers to the family or plant a tree in memory of Keith Prescott, please visit Tribute Store
Saturday
18
June

Look inside to read what others have shared
Family and friends are coming together online to create a special keepsake. Every memory left on the online obituary will be automatically included in this book.
View Tribute Book
Share Your Memory of
Keith
Upload Your Memory View All Memories
Be the first to upload a memory!
Share A Memory
Send Flowers
Plant a Tree