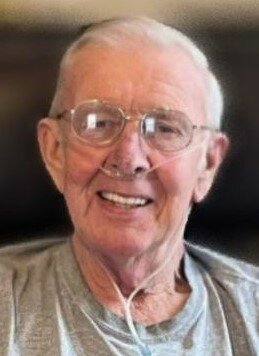 Brewer and Allagash-  William (Bill) “Perry” Gardner went to be with the Lord after a courageous battle with COPD and cancer on August 15, 2022, at a Bangor Nursing Center, with family by his side.

Born December 24, 1940, in Allagash, to Lee H. and Pearl (McBreairty) Gardner, he proudly served this country in the Army beginning in 1964 at Ft. Polk, LA. He was stationed in Thule, Greenland and returned later to Ft. Polk as the group commander’s driver.  Learning from his brother Warren, he became a brick mason and later worked with his brothers in all aspects of brick and concrete construction.  Forming Bangor Masonry, he built everything from fireplaces to foundations.  He also owned Route 69 Diner in Newburgh for a few years. An expert heavy equipment operator, in later years he formed Gardner Stone and Gravel and worked hard every day into his late 70's.

He volunteered his time to his beloved faith community, East Eddington Congregational Church, helping with their summer youth camps, bean suppers and distributing food to the needy.  He loved reading the Bible, crosswords, cooking meat and potato dinners, Nascar and visiting with family.  Known for his “no nonsense” communication and charming nature, he enjoyed fishing trips to Allagash and Moosehead Lake.

He is survived by his children, Bill Jr. of Brewer, and Jill and Katie Gardner of Bangor.  He was predeceased by his beloved son, Christopher Gardner of Veazie.

Survived also by sister Phyllis and husband Frank of Brewer, sister Lucinda and husband Mike of Bangor; brothers Roy of  Allagash, Bryden of Bangor, Tom and wife Joyce of  East Corinth.  He is also survived by former wives Margaret of Bangor, Carolyn of Bangor and Joyce of Brewer.  He was predeceased by sisters Linda and Sara, brothers Lee Jr., John, Dwight, Warren, Rodney and Llewellyn.

Bill will be tenderly missed by his family who love him dearly.  We wish to thank the Beacon Hospice team for their ongoing support and care.

In lieu of flowers, please donate to Special Olympics Maine.

Family and friends are invited to visit 2-4 P.M. Monday, August 22, 2022, at Kiley & Foley Funeral Service, 69 State St., Brewer.  A memorial service will take place at 4 P.M., with Rev. Roger Tracy officiating.  Messages and memories may be shared with the family at kileyandfoley.com

To send flowers to the family or plant a tree in memory of William Gardner, Sr., please visit Tribute Store
Monday
22
August