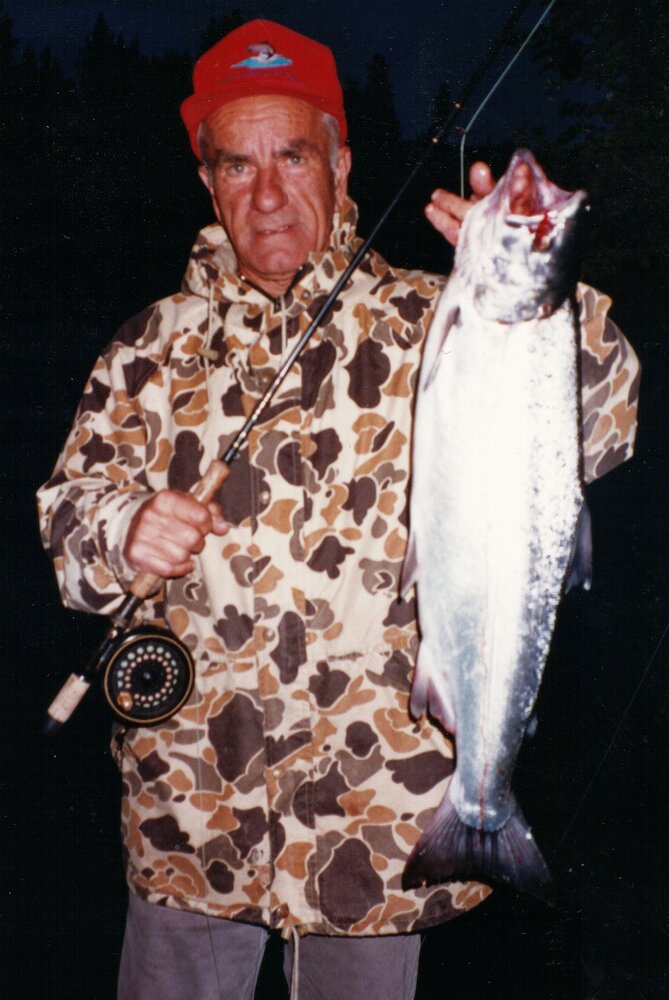 Richard joined the United States Army in 1953.  He was stationed in Colorado and taught skiing and rock climbing to other service members.  He thought it was great duty to be teaching what he enjoyed doing.  Richard later worked for W.S. Emerson in Brewer before becoming the Code Enforcement Officer and Plumbing Inspector for several area towns, including Glenburn, Etna, Dedham, and Hampden.  He enjoyed fishing and hunting, especially in Alaska, where he traveled to the Kenai River many times to fish.  Richard was a 35+ year friend of Bill W.

Burial will be held privately at Village Cemetery, Conway, New Hampshire.  Messages and memories may be shared with the family at kileyandfoley.com

To send flowers to the family or plant a tree in memory of Richard Watson, please visit Tribute Store

Look inside to read what others have shared
Family and friends are coming together online to create a special keepsake. Every memory left on the online obituary will be automatically included in this book.
View Tribute Book
Services for Richard Watson
There are no events scheduled. You can still show your support by sending flowers directly to the family, or planting a memorial tree in memory of Richard Watson.
Visit the Tribute Store
Share Your Memory of
Richard
Upload Your Memory View All Memories
Be the first to upload a memory!
Share A Memory
Send Flowers
Plant a Tree