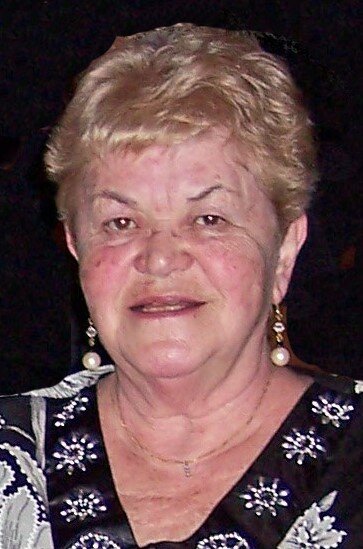 Please share a memory of Sylvia to include in a keepsake book for family and friends.
View Tribute Book

Sylvia (Gaudet) Damone, 79, passed away peacefully at Clover Manor in Auburn on November 25, 2022. She suffered a stroke in 2017 and had a long courageous struggle with vascular dementia. After the stroke she moved to assisted living for five years at the Chapman House in Auburn where she resided until a month before she passed.

Sylvia was born in Bangor on August 28, 1943, to Francis and Frances (McCann) Gaudet. Over her lifetime she lived in Bangor, Freeport, Westbrook and Monmouth. Sylvia graduated from Freeport High School, Class of 1961 and then attended Northeastern School of Business in Portland. She was employed by the Social Security Administration in Portland from the mid-1960’s to mid-1970’s. Sylvia was employed by the State of Maine Department of Labor in Portland and Augusta from 1979 to 2004, when she retired after 25 years. She enjoyed snowmobiling, downhill skiing, playing the piano, and gardening.  She especially enjoyed traveling, visiting Mexico, Aruba, Ireland, Scotland, Spain and cruised the Caribbean. Sylvia was an avid fan of Elvis, highlighted by getting a kiss on the cheek at a Las Vegas performance. Other musical performances she enjoyed were Paul McCartney and Cher. She loved living in her home in the country in Monmouth, getting much enjoyment from her four cats and, previously, her dog Doc, of 18 years.

Sylvia was predeceased by her parents. She is survived by son, Dale Erickson of Yarmouth; brother Edward Gaudet and wife Paula of Winthrop; sister Dianne Gaudet and husband Stephen Norton of Freeport.

The family is most appreciative of the services of the Chapman House, Androscoggin County Hospice and Clover Manor. Sylvia would appreciate donations to Mid Coast Humane, 5 Industrial Parkway, Brunswick, ME  04011.

A Mass of Christian Burial and interment at Mount Pleasant Cemetery in Bangor will be held at a later date. Arrangements by Kiley & Foley Funeral Service, Bangor and Brewer.  Messages and memories may be shared with her family at kileyandfoley.com

Share Your Memory of
Sylvia
Upload Your Memory View All Memories
Be the first to upload a memory!
Share A Memory