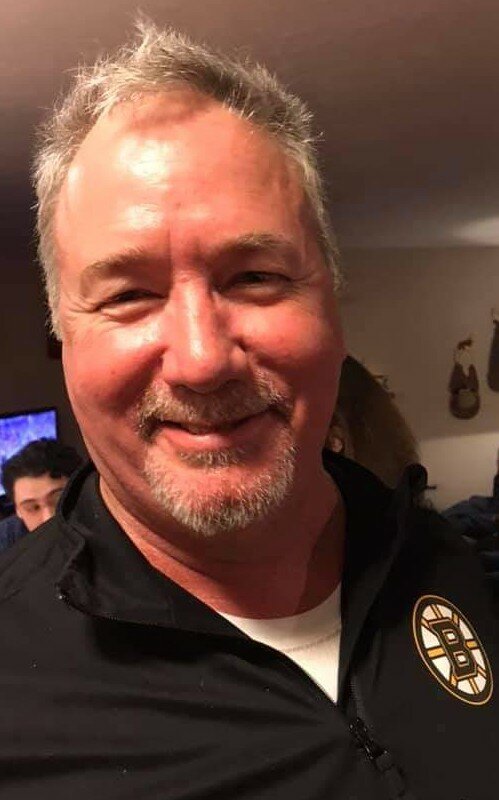 Please share a memory of Herbert to include in a keepsake book for family and friends.
View Tribute Book

Tiger attended King Phillip High School and studied engineering at Northeastern University for two years.  Shortly after leaving Northeastern, he began his career as a Lineman for the phone company at Verizon.  In the early 2000’s Tiger took a Lineman opportunity in “the mountains” of Vermont.  He moved his then wife and four children to Bennington, Vermont where he served out the rest of his Lineman career of 34 years until his retirement in Spring of 2022.

Growing up with his four sisters, Tiger could always be found outside, in the woods or on the ice.  He was an impassioned hockey player, on the open ice ponds or the local skating rink every minute he could.  He was an avid outdoorsman like his father.  He grew up and enjoyed fishing, hiking, skiing and, most of all, hunting.  He had an incredible love of animals and respected the art of the hunt.

In the late 80’s and early 90’s Tiger was, by all rights, a rock star in the Boston area.  He was a drummer for the band Naked Age.  They played in and around the Boston metro area, CBGB’s in NYC, South by Southwest (SXSW) in San Antonio and even drove to L.A. to record a demo and a video.  After moving to Vermont with his young family, he continued his passion by joining a few local bands playing around Bennington and Western Massachusetts.

He was a rabid Bruins and Patriots fan.  The only thing he loved more were his children, family and friends.  “Family First” was his motto.   Tiger took great pride in coaching his kids in sports (even from the sidelines); laughing with his sisters, cousins and children around the table; and cooking a home cooked meal for them, which brought him the greatest joy.

The family has chosen to do a Celebration of Life at a later date in the Norfolk, MA area to exchange good memories and crazy stories; he would have it no other way.  Donations can be made in his honor to King Philip Regional High School for the “Tiger Lang Hockey Scholarship”, 210 Franklin St., Wrentham, MA  02093.

Messages and memories may be shared with the family at kileyandfoley.com Arrangements by Kiley & Foley Funeral Service, Bangor and Brewer, Maine.

Share Your Memory of
Herbert
Upload Your Memory View All Memories
Be the first to upload a memory!
Share A Memory