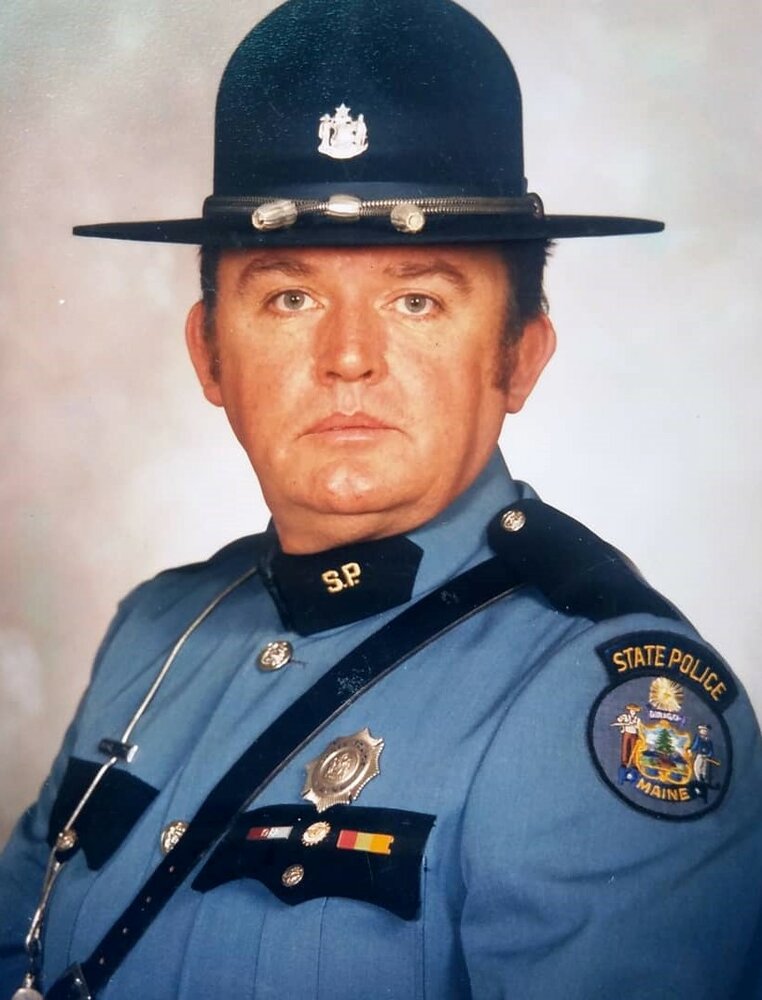 Mike attended High School at Ricker Classical Institute in Houlton, ME before graduating in 1960. Mike then went on to the US Army serving until 1964.  After the Army he joined the Bangor Police Department that same year.  In 1966 he started a great career with Maine State Police until he retired in 1986. He patrolled Millinocket and Bangor area early in his career and later worked with the State Police Drug Unit. He was honored as Trooper of the year in 1982 and as Legendary Trooper in 2018. Mike was also member of the Holden Masonic Lodge. Mike was known for his quick humor, his stories from his many years as a Trooper and for the love of his grandchildren.  Mike enjoyed cruising around town in his Mustang, as well as his daily coffee meetings with retired Troopers, including his best friend of 61 years, Ray Cormier.  He also truly valued the good conversation and company of a special family friend Cindy Stevens.

Surviving are three children, Michael Vittum Jr and his wife, Susan of Brewer, Darren Vittum and his wife, Denise of Brewer, and step-daughter Elise Mica and her husband, David of Winslow; six grandchildren, Michael III, Julianne, Zoe, Riley, Cooper, and Carter, a very special sister, Catherine Garcelon of Searsport and her sons Peter and Michael; brothers-in-law, Ronald Tardiff of Iowa, Gerald Tardiff of Brewer, Walter “Skip” Tardiff of Holden, Frank and Philip Tardiff both of Eddington.  He was predeceased by his parents and by the love of his life, his wife of 54 years, Frances Vittum. Mike’s family gratefully thanks the Staff of St. Joseph Hospital Critical Care for the excellent care they provided.

Family and friends may visit 4 - 6 PM Thursday, Dec. 15, 2022 at Kiley & Foley Funeral Service, 69 State St., Brewer., A private burial will be at Hill Rest Cemetery, Wiswell Road, Holden. In lieu of flowers, those who wish to make memorial contributions can do so to the Wounded Warriors Foundation at www.woundedwarrior.org in Mike’s name. Messages and memories may be shared with his family on the tribute wall of kileyandfoley.com.

To send flowers to the family or plant a tree in memory of Michael Vittum, please visit Tribute Store
Thursday
15
December