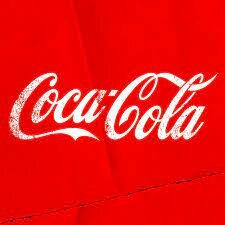 Please share a memory of Randy to include in a keepsake book for family and friends.
View Tribute Book

Randy was born and raised in Brewer.  He worked for many years as a soda delivery driver – first twelve years for Pepsi and then 25 years for Coca Cola until he retired.  He had a love of fast cars, nice pickups, and his cats Smokey and Coal.

At his request, there will be no service. Arrangements by Kiley & Foley Funeral Service, Brewer and Bangor. Messages and memories may be shared his family on the tribute wall of kileyandfoley.com.

To plant a beautiful memorial tree in memory of Randy McKay, please visit our Tree Store

Look inside to read what others have shared
Family and friends are coming together online to create a special keepsake. Every memory left on the online obituary will be automatically included in this book.
View Tribute Book
Services for Randy McKay
There are no events scheduled. You can still show your support by planting a tree in memory of Randy McKay.
Plant a tree in memory of Randy
Share Your Memory of
Randy
Upload Your Memory View All Memories
Be the first to upload a memory!
Share A Memory
Plant a Tree