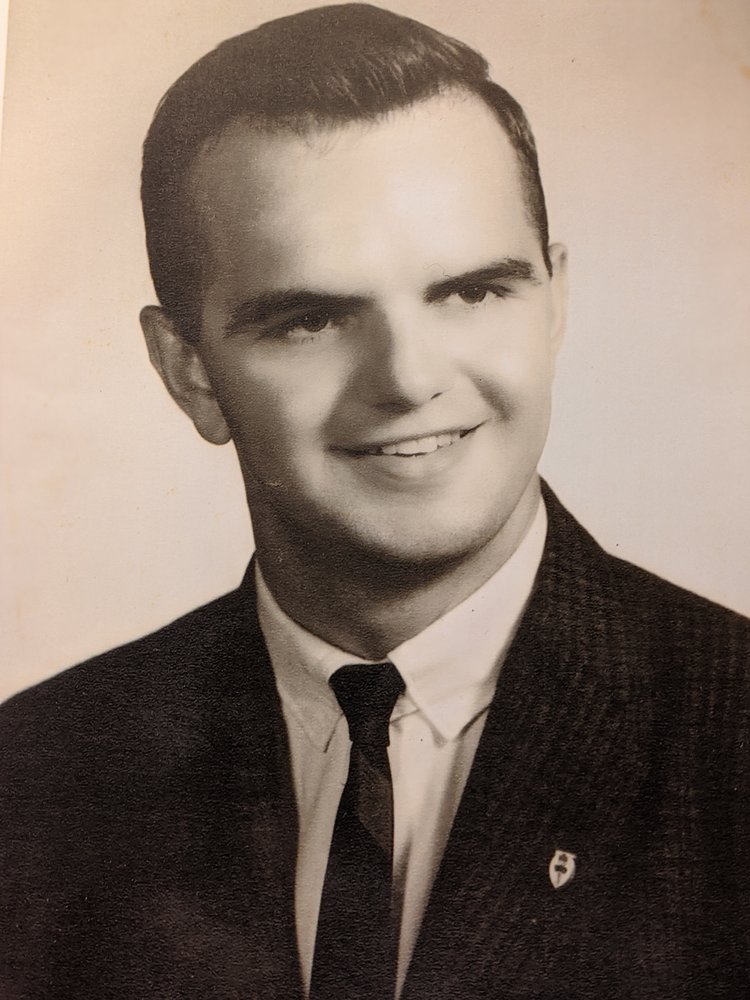 Paul attended Millinocket schools and graduated from Stearns High School, Class of 1966.  After graduation, he served in the U.S. Air Force during the Vietnam War.  He was a dog sentry handler stationed in Korea.  He was a proud disabled vet and was a member of VFW #1761.  Following his military service, Paul worked as an estimator at Millinocket Foundry and Machine Company.  He was a member of the Millinocket Fire Department.  After his retirement, he worked at Basketworld in Bangor as a bookkeeper.  Paul enjoyed fishing, gardening, woodworking, metal detecting, and stamp collecting.  Paul was affectionately known to his grandchildren as “Babby”.

The family would like to thank the staff at Beacon Hospice for their kindness and patience caring for Paul in his last days.  In lieu of flowers, donations may be made to Amedisys Foundation, c/o Beacon Hospice, 1026 Stillwater Ave., Bangor, ME  04401.

Services will be announced at a later time.  Arrangements by Kiley & Foley Funeral Service, 299 Union St., Bangor.  Messages and memories may be shared with the family at kileyandfoley.com

To send flowers to the family or plant a tree in memory of Paul Houser, please visit Tribute Store
Services for Paul Houser
There are no events scheduled. You can still show your support by sending flowers directly to the family, or planting a memorial tree in memory of Paul Houser.
Visit the Tribute Store
Share Your Memory of
Paul
Upload Your Memory View All Memories
Be the first to upload a memory!
Share A Memory
Send Flowers