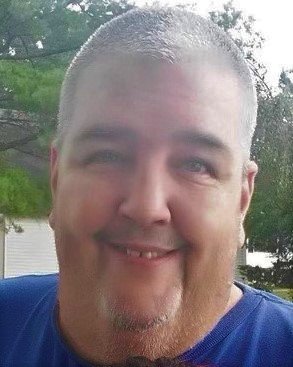 Richard was the youngest of their 11 children.  Being a part of such a large and active family meant that life was never dull!  Richard grew up in Brewer and attended Brewer schools.  In his young life, it seemed that he would make his career in the restaurant industry.  He had a love of cooking, and he worked in several restaurants including a period in his family's business.  As he grew older however, Richard was plagued by illnesses which regrettably he battled all of his life.  Richard's struggles are over, and although he will be sadly missed by his family and friends, we believe he is at peace.

For those who wish, memorial contributions can be made in Richard's name to The Bangor Area Homeless Shelter, 263 Main St., Bangor, ME 04401.

The family plans a private burial in the spring.  Messages and memories may be shared with the family at kileyandfoley.com

To send flowers to the family or plant a tree in memory of Richard Geaghan, please visit Tribute Store

A Memorial Tree was planted for Richard
We are deeply sorry for your loss ~ the staff at Kiley & Foley Funeral Service - Brewer
Join in honoring their life - plant a memorial tree
Services for Richard Geaghan
There are no events scheduled. You can still show your support by sending flowers directly to the family, or planting a memorial tree in memory of Richard Geaghan.
Visit the Tribute Store
Share Your Memory of
Richard
Upload Your Memory View All Memories
Be the first to upload a memory!
Share A Memory
Send Flowers
Plant a Tree