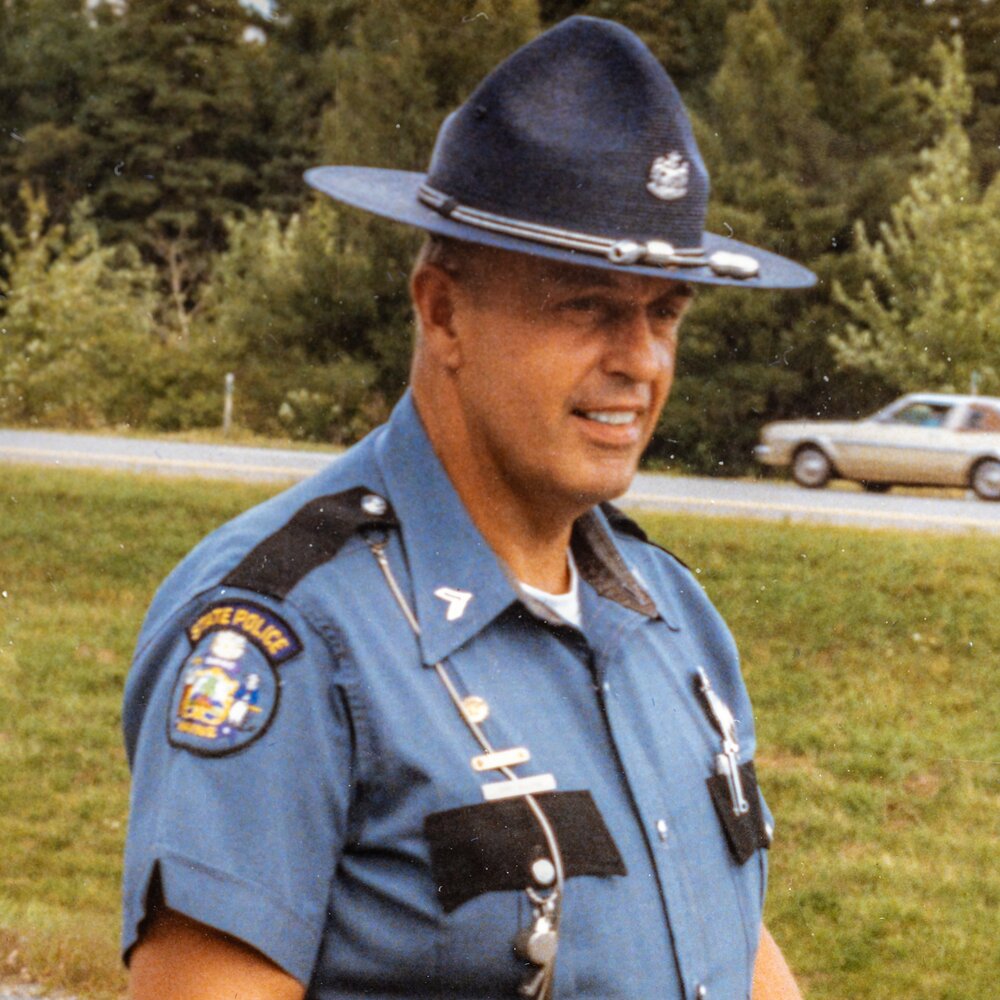 Please share a memory of Jerry to include in a keepsake book for family and friends.
View Tribute Book

Jerry died peacefully at his home as he had wished, with his wife Mary Ellen (McNally) at his side, keeping true to the vows they shared at their wedding 60 years ago.

Upon completing high school at Higgins Classical Institute, Jerry joined the U.S. Marine Corps, where he was an Infantry Marine Rifleman and EOD Specialist. Jerry proudly served the Corps, but his true passion was to join the Maine State Police. In 1958, he was accepted and became a Maine State Trooper; a position he held for 36 years, retiring as Corporal in 1994. During his years as a Trooper, he was also a member of the Maine Air National Guard, retiring in 1991. He was proud to serve both Country and State.  Jerry was an excellent marksman, fisherman, storyteller and tinkerer of all things. But more importantly, Jerry was a devoted husband, father, brother, neighbor and friend. Jerry enjoyed spending time with his family and hosting family reunion pool parties at his home. He spoke often of his many fishing trips with his brother-in-law Matt, friends, family and special nephew Matt (Bud) Brooker.

A Mass of Christian burial will be celebrated 1 PM, Monday, February 28, 2022, at St. Paul the Apostle Parish, St. Mary’s Catholic Church, 768 Ohio St., Bangor.  Burial will immediately follow the service at Mt. Pleasant Catholic Cemetery.  All are invited to a reception beginning at 3 PM at Jeff’s Catering, 15 Event Center Way, Brewer.  Arrangements by Kiley & Foley Funeral Service, Bangor and Brewer.  Messages and memories may be shared with the family at kileyandfoley.com

To send flowers to the family or plant a tree in memory of Jerry Sullivan, please visit Tribute Store
Monday
28
February

Following the service and burial, all are invited to a reception at Jeff's Catering, 15 Event Center Way, Brewer.
Online Memory & Photo Sharing Event
Online Event
About this Event

Look inside to read what others have shared
Family and friends are coming together online to create a special keepsake. Every memory left on the online obituary will be automatically included in this book.
View Tribute Book
Share Your Memory of
Jerry
Upload Your Memory View All Memories
Be the first to upload a memory!
Share A Memory
Send Flowers
Plant a Tree