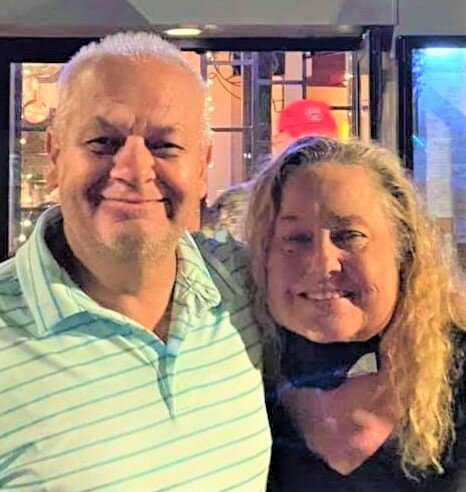 Please share a memory of Thomas to include in a keepsake book for family and friends.
View Tribute Book

Tom was from an Air Force Family and attended 11 schools in 12 years graduating from Brewer High School in 1975. Due to Tom’s love for Manchester, NH he chose to attend St. Anselm’s College in Manchester graduating with a bachelor’s degree in 1979. He found his love for sports playing Pop Warner Football in Portland schools, was an athlete and outdoorsman. It was in Manchester where he and his brother learned to skate. He had a profound love for all aspects of hockey. Tom was not happy about moving back to Maine as they did not offer hockey in high school, so he and his brother traveled to Augusta to play pick up hockey.

Tom married the love of his life, his wife Donna (Ketch) Buckley, of 40+ years who he adored where they built their lives together in Brewer, ME. He is survived by his wife Donna, daughter Allison (Ben), who he held near and dear to his heart. He was always proud of her. His two granddaughter’s Eva Jean (9) and Rowan Elise (4). He cherished his granddaughters, being their Papa and the precious time together. In addition, Tom is survived by his brother, Donald A. Buckley, Jr. (Marion), Robin Buckley and Karen Crowley (Morgan); several nieces and nephews and a special cousin, Mark Schmitz and friend Mike Blanchard. Tom was predeceased by his father Donald A. Buckley, Sr., his mother, Eleanor (Carver) Buckley and his father-in-law, Edward (Papa) Ketch.

A graveside service will be held 2 PM Friday, June 3, 2022 at Gould’s Ridge Cemetery in Passadumkeag and a Celebration of Life will immediately follow at the Bangor-Brewer Bowling Lanes in Brewer. Arrangements by Kiley & Foley Funeral Service, Bangor and Brewer. Messages and memories may be shared with his family on the tribute wall of kileyandfoley.com.

To send flowers to the family or plant a tree in memory of Thomas Buckley, please visit Tribute Store
Friday
3
June

Will be immediately afterward at the Bangor/Brewer Bowling Lanes in Brewer.
Online Memory & Photo Sharing Event
Online Event
About this Event

Look inside to read what others have shared
Family and friends are coming together online to create a special keepsake. Every memory left on the online obituary will be automatically included in this book.
View Tribute Book
Share Your Memory of
Thomas
Upload Your Memory View All Memories
Be the first to upload a memory!
Share A Memory
Send Flowers
Plant a Tree